Daddy and I are big time Musical fans; Musicals move us in a way that none other entertainment genres can. So we have endeavoured from very early that we were gonna raise the Dana to be a Musical lover too.  Our family movie nights would comprise of well-loved Musicals such as ‘Sound of Music‘,  ‘The King and I’, ‘Wizard of Oz’ and ‘Mary Poppins’. We also brought Dana for her 1st live musical experience ‘The Lion King‘ last year which she absolutely loved.

This year, we were thrilled to know that the award-winning Broadway Musical ‘Annie’ is coming to Singapore!  Even more delightful was that Dana was picked one of the Top 3 winners of The Straits Times Life! Annie Contest where she performed her favorite song from the musical. It was not an easy feat as we only had time to rehearse the song briefly in a car ride on Saturday,  recorded her rendition the next afternoon after church and uploaded it onto the contest webpage by Sunday night.

Dana finally received her ‘prize’ yesterday at MBS Sands Theate where she was treated to a most entertaining musical followed by an exclusive ‘Meet & Greet’ session with the cast followed by a backstage tour!

The charm of Annie is irresistible. Do catch it before it ends its run on 5 August 2012. Tickets can be purchased from Sistic.   I end today’s Motivational Monday post with Dana’s rendition of ‘Tomorrow’. Enjoy!

Linking Up with A Juggling Mom‘s 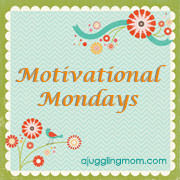