I was browsing my photos and realised I’ve not blogged about our trip to The Sunshine State of Queensland, Australia (gasp)! We took advantage of an airline promotion on Emirates and flew to Gold Coast for a 10 days self-drive vacation in early December 2010.

This is Dana’s trusty yellow trunki which we used as a hand carry luggage on board the flight. In it was her pillow, snacks, books and colouring materials. It also came in handy to store the kiddy packs and toys distributed by the air crew.

Our first stop in Brisbane was the Lone Pine Sanctuary, Australia’s First and Largest Koala sanctuary with over 130 Koalas. It’s also rated one of the Top 10 Best Zoos in the world . We took the bus there from our serviced apartment and it was indeed a fun and educational visit for the entire family! 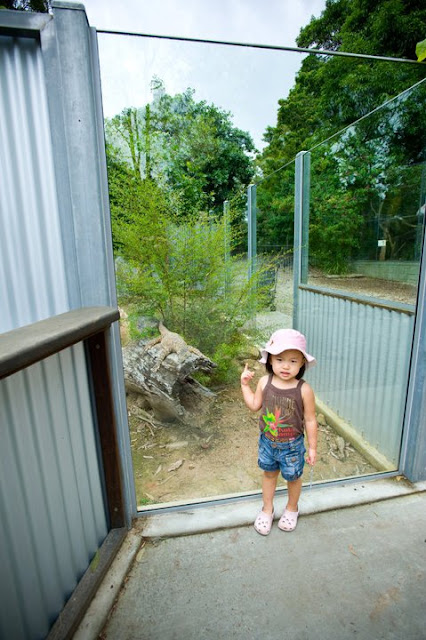 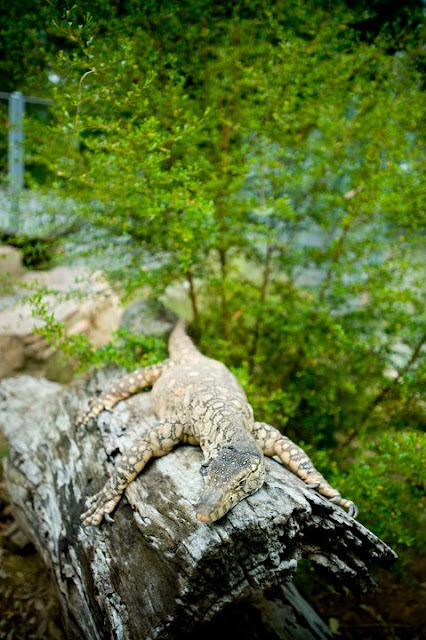 We were greeted by a baby Komodo dragon at the entrance.

Dana was so brave to cuddle a Koala on her own!

As it was raining shortly after we arrived, we took shelter at one of its shed. 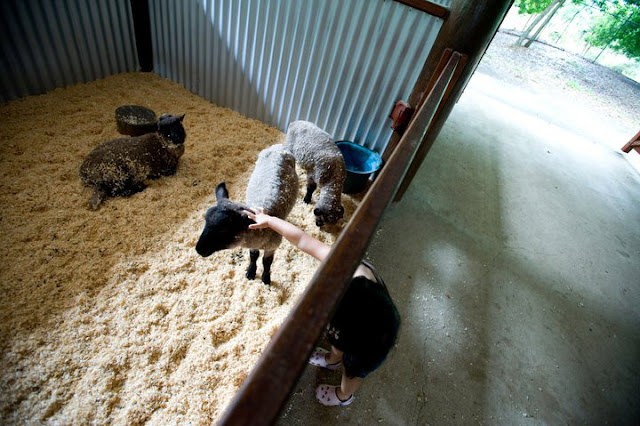 There, Dana entertained herself by feeding and playing with the baby lambs. 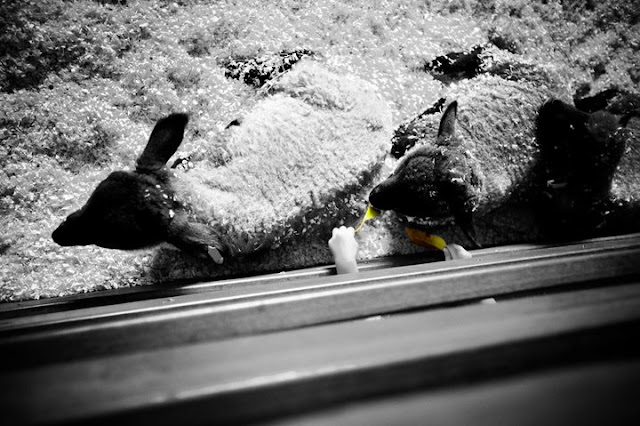 The Sanctuary also house many other Aussie animals like the Kookaburra (a terrestrial kingfisher native to Australia) and the Dingoes (a free-roaming wild dog mainly found in the outback and unique to the continent of Australia). 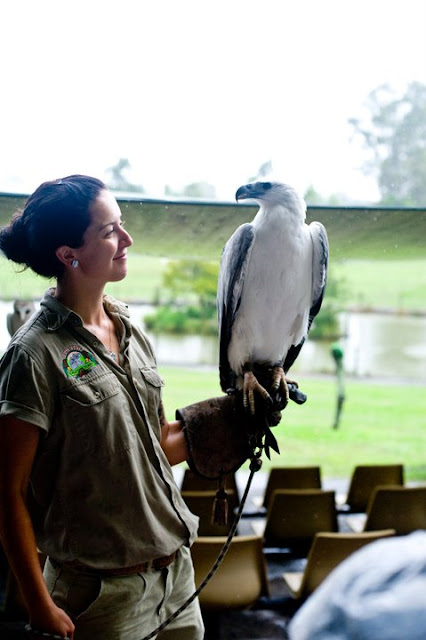 Despite the rain, the keepers carried on the Birds of Prey show. Here’s a snowy Owl, an endangered specie and next to it is the majestic white-crested Eagle. 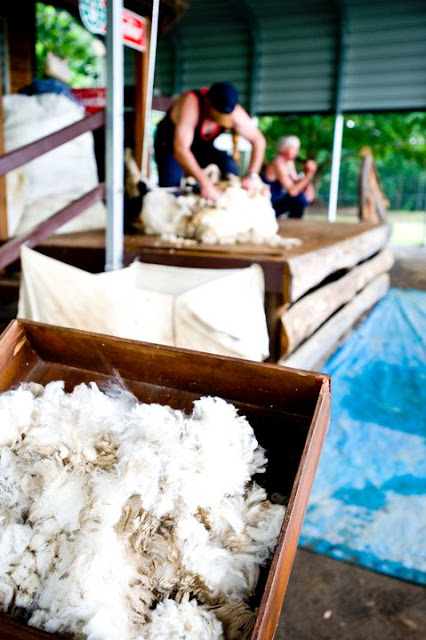 and the ubiquitous sheep shearing demo!﻿ 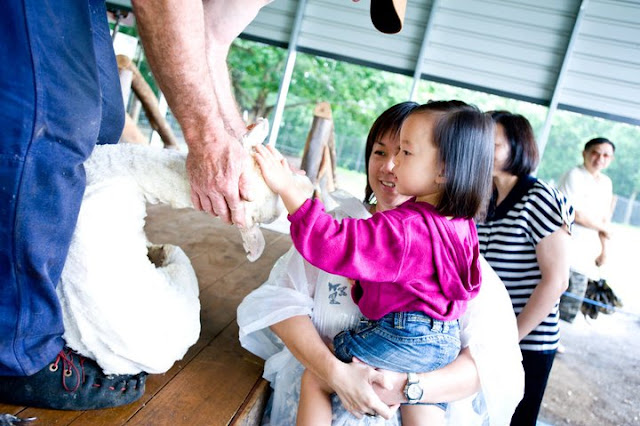 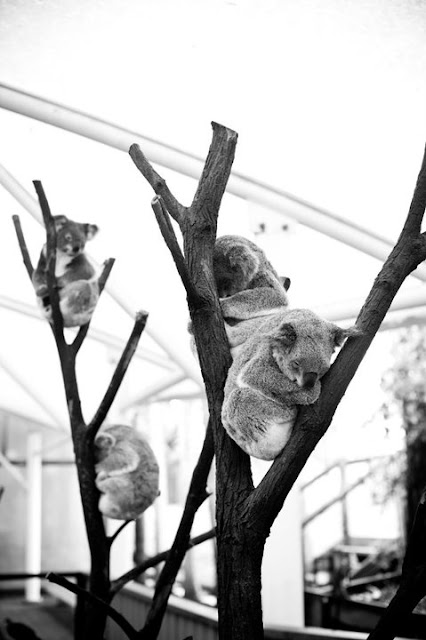 ﻿We saw also wombats, kangaroos, lorikeets and snakes at the Sanctuary. It was a truly educational day for Dana. If you’re headed to Queensland, don’t forget to dedicate a day there!
Tip: Kids who colour a page from their interactive webpage and bring along on your visit will be given a small gift! Visit its website here for more details.

'Life's Tiny Miracles' is a collection of our experiences about parenthood and raising a family in Singapore. It documents the beautiful and trying moments of everyday life - family, friendship, faith, food, travels and many other memories that shape us, delight us, and help us number life's tiny miracles.