Susan of A Juggling Mom was appealing for stories of children who have overcome adversities in her linky to commemorate Children’s Day in the month of October.  I promised to recount our experience of how Dana won the fight against Kawasaki Disease so that other families can be informed about this rare auto-immune disorder.

Symptoms include a high fever that runs for at least five days, reddening of the eyes, lips, tongue and mouth, swollen lymph nodes in the neck, body rashes, swollen, hard skin of hands and feet which peels off in the later stages of the illness.

As there are no tests that can diagnose Kawasaki, the diagnosis is based on eliminations and clinical observations. Consequently, this disease is likely to be treated after the fifth day but within the tenth day from the onset of the disease.

It was reported that the disease occurs more often in boys than in girls. Cause of disease is unknown; it is not infectious but it also cannot be prevented. Till today, Kawasaki remains a medical mystery.

We held a poolside birthday party to celebrate Dana’s 2nd Birthday 3 days in advance with close friends and family. Dana started developing high fever that evening after the party.

Brought Dana to our Pediatrician Dr. Yvonne who prescribed paracetamol, ibruprofen and suppositories. Fever continued to rise despite round the clock sponging and medication. We sensed something amiss.

10am – M.Os who attended to Dana suspect it was Kawasaki.  Fear gripped our hearts as we’ve not heard of this illness before. Questions flood our minds – It is treatable? Is it life-threatening?  How did she contract Kawasaki?

At point of admission, Dana showed 3 symptoms- high fever, skin peeling on her fingers and toes, and complaints of pain in her lymph node on her right neck.  Doctors would only start treatment if they were very certain of Kawasaki as the treatment carried some risks.

12noon – Dana was admitted to KKH Children’s Ward 41. Mommy was sent outside to wait while nurses bound her up tightly with a towel and pinned her down so that the doctor could insert the IV plug.  I wept as her cries for ‘Mommy’ reverberated through the corridors and pierced my heart…

12noon to next morning – 2 more symptoms developed – her lips started bleeding and red, raised rashes appeared on her thighs and back. Fever continued to climb and to make things worse, diarrheoa.  The poor child was in great agony…

9am –  Docs were certain by now that it was Kawasaki and we were advised to commence the (costly) Intravenous Immunoglobulin (IVIG) transfusion treatment.  Apparently, IVIG is the purified antibodies of 1000 human beings. Dana underwent 15 hours of the IVIG transfusion and was given high doses of aspirin simultaneously to reduce the risk of heart complications.

We were forewarned that some patients require more than one round of IVIG.  Doctors and nurses monitored Dana closely during the 15-hour treatment, looking out for any abnormal signs and symptoms. The treatment had to be terminated immediately should any adverse reactions occur.

Before we started IVIG, we sang a Birthday Song for Dana on the bed with a little cake given by the nurses of the ward. Our wish for the girl was that she can be healed and discharged soon…

April 6, 2010 – End of one cycle of IVIG. Fever began to subside. Symptoms started to dissipate gradually. Dana’s appetite returned and we were beginning to see some light at the end of this tunnel…

April 7, 2010 – IV drip was removed but we continued to be warded for further tests and 24-hour observation.

April 8, 2010 – Discharged from KKH. Dana had to be fed with low doses of aspirin daily for 3 months till the next review.

As Kawasaki is an auto-immune disease, there’s nothing we could have done to prevent or trigger it.

The period of hospitalisation while she was combating Kawasaki was a terrifying and traumatic one. The flurry of blood tests and physical medical examinations made Dana extremely anxious, angsty and paranoid. It turned our good-natured, cheerful 2 year old into an irritable and fretful monster. She put up violent struggles and screamed in fear at any medical staff who stepped near.

As her parents, it was heart-wrenching to see our child suffer yet not being able to do anything to take her place.  Despite the helplessness that assaulted us, we stayed quietly optimistic by praying as a family and entrusting Dana into God’s healing hands.

To make Dana feel better, we started each day by bringing her down to the indoor playground for kiddy rides; we indulged her in her favourite treats (yakult, raisins, lollies, fruit juices); we brought along her fav toys and books from home to give her a sense of nolmacy and security; we bought her new toys daily (a dollhouse and a steering wheel) from the shops at KKH; we showed her video clips of her preschool classmates and photos of her recent 2nd Birthday Party on our laptop. At night, we played the song “Jesus Loves Me” repeatedly on the CD player to soothe her to sleep and to assure ourselves that Jesus is in control.

Throughout this stressful period, friends and family members rallied around us. It’s true when they say that it takes a village to raise a child. Without this network of support, we would have been defeated mentally, collapsed emotionally and succumbed to fatigue physically…The love that surrounded us pulled us through this harrowing Kawasaki experience.

At the 1st and 3rd month reviews, Dana underwent 2 rounds of echocardiogram. Most children with Kawasaki disease recover well with no problems. Only a minority ( 5% to 20%) may develop heart disease (abnormal ballooning of a coronary vessel). When this happens, the child may be placed on long-term medication or may even need a heart surgery to remove the blockage. We are grateful that Dana has made a full recovery from Kawasaki and she did not suffer any side effects from the disease. Today, she’s a bubbly, sporty, talkative 4.5 year old – and remains the greatest blessing and source of joy in our lives.

To God be the Glory.

To read another similar recount of how parents have helped their kids overcome the dreaded Kawasaki disease, please hop over to The Perfect Father’s blog post here.

Linking up with A Juggling Mom‘s 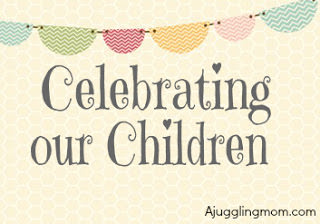 P.S. All photos in this post were taken with the Iphone 3. Please pardon the low resolution.