It’s 1:15am, 1 January 2015 and I’m standing opposite the Floating Platform at One Fullerton. We are well into 2015 – the countdown and spectacular 8-minute fireworks had concluded an hour ago but still, the 25,000 strong crowd was still clapping and cheering from the ongoing performances. It is evident that while there were smoke in the air during the fireworks display, the air was abuzz with heightened energy running all through the night, into the early morning of 2015…and it doesn’t seem to be subsiding!

Rewind to the same Marina Bay area hours ago, at about 4pm. Visitors arriving at the Marina Bay area would be greeted by the loud, eclectic blend of drumming reverberating across the bay, performed live by the Drum Gaia team at the Marina Bay Sands Promenade. Then there was live music streaming from the Esplanade as part of its ‘Celebrate December’ Programme . This certainly added to the sense of excitement and anticipation on this New Year’s Eve.

Visually, at the mouth of the Singapore River, there was an gigantic and unmistakable number ‘50’ made by the 5000 red wishing spheres contrasted against 20,000 white wishing spheres, ready to welcome the momentous 2015 – Singapore SG50 year.

Accompanied by the drumming rhythms and in the cool late afternoon breeze, our family took a leisurely walk around the circumference of Marina Bay to soak in the celebratory atmosphere, beginning from One Fullerton, to the Promontory, MBS Outdoor Plaza, Floating Platform and ending back at The Fullerton Hotel.

Our first stop was over at The Promontory at Marina Bay where preparations were underway for the Celebrate with the World 2015 Concert with a small variety of stalls setting up to sell packed food, light sticks and other trinkets. Later into the night, this place would be drastically different with party goers gyrating to songs and dances with local artistes / DJs like Sheikh Haikel and Nicole Chen among others. Over at the Marina Bay Waterfront Promenade, there was a festive buzz with a TGIF Bazaar selling a large variety of items ranging from craft items to innovative new toys to glow in the dark accessories to accompany the night’s celebration.  We were heartened to discover that the stalls here are either social enterprises or charity organisations peddling homemade wares to raise funds for the needy and disabled. Some are local entreprenuers using the bazaar to raise awareness for their businesses. Groups of party-goers started congregating at 6pm trying to secure a strategic spot to enjoy the fireworks. 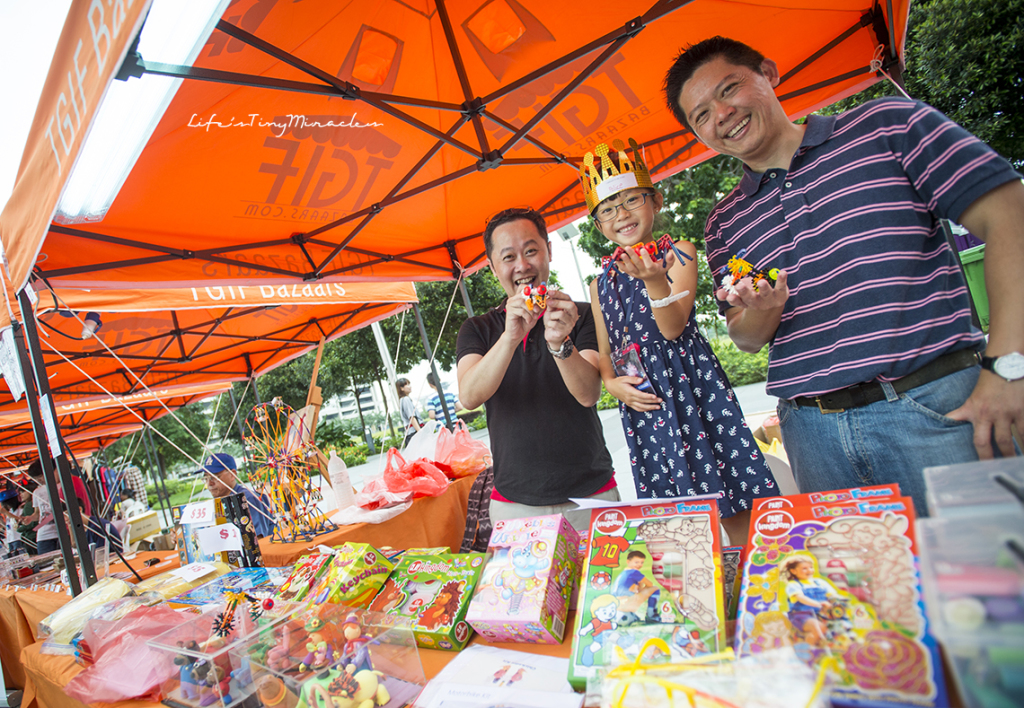 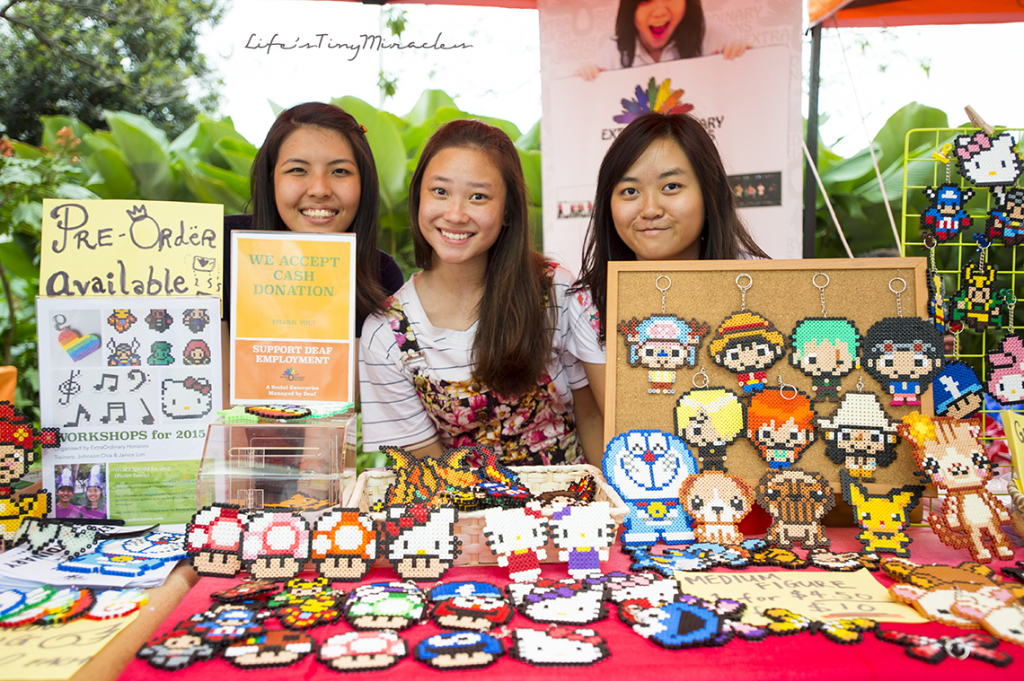 We reached the Floating Platform at 7pm only to be greeted by long snaking queues.  We had underestimated the throngs who have turned up in full force to catch performances by local celebrities like Dick Lee, Kit Chan, Stephanie Sun and the Dim Sum Dollies as well as international stars like Datin Siti Nurhaliza and the Big Bang. Tickets were completely sold-out before the event. With a crowd of 25,000 people, it took 2.5 hours just to clear security to get into the venue. By 9:30pm, everyone was finally seated and the concert brought us down memory lane by showcasing iconic music from different eras leading up to 50 years of Singapore’s independence. On this note (pun intended), it was significant to know that whilst being a relatively young nation, Singapore has a collection of songs to call our own as well as artistes who proudly fly the Singapore flag across the region.

We walked back to One Fullerton and enjoyed the rest of the evening with the other families feeling the vibes of the Countdown accompanied by the screening of the 3D projection ‘Reflections of the Past, Present and Future,’ on the facade of The Fullerton Hotel. Just before midnight, the final projection cued the last 10 seconds to the New Year. It was exhilarating to join the entire bay who had waited patiently in anticipation and excitement all night, counting down together in unison before the stunning fireworks took over! 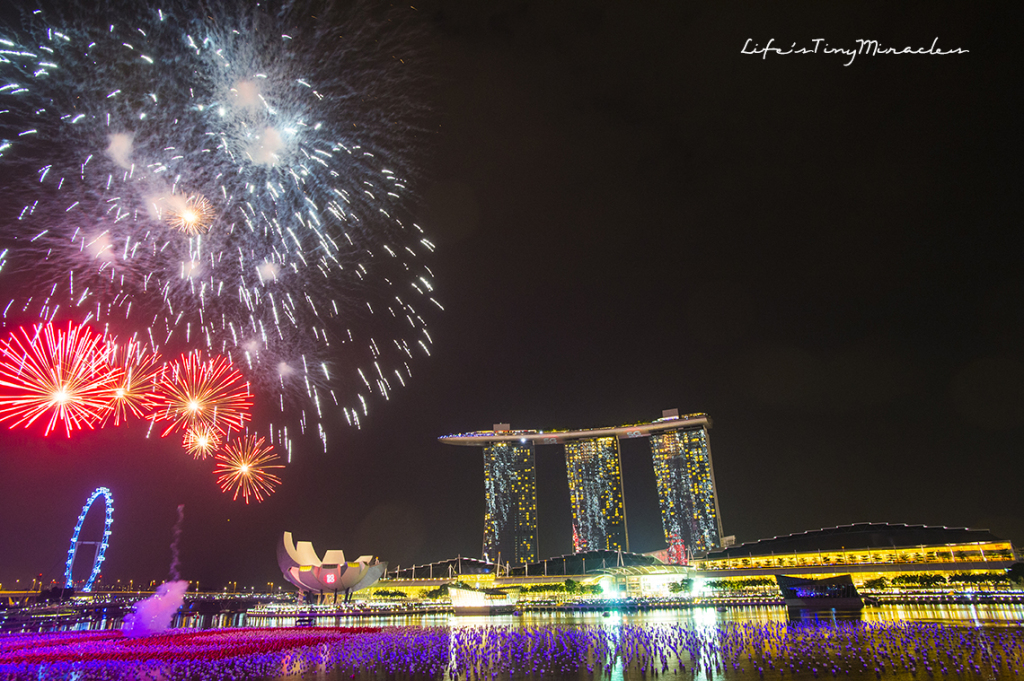 I paused for a moment to take in the sight, scene and sounds of the bay…I can’t help but visualise how different this same bay was, mere 50 years ago. How different the country and her people were. I’m thankful for how we have progressed as a young nation, as a people.

SG50, here we are. Let the celebrations begin! 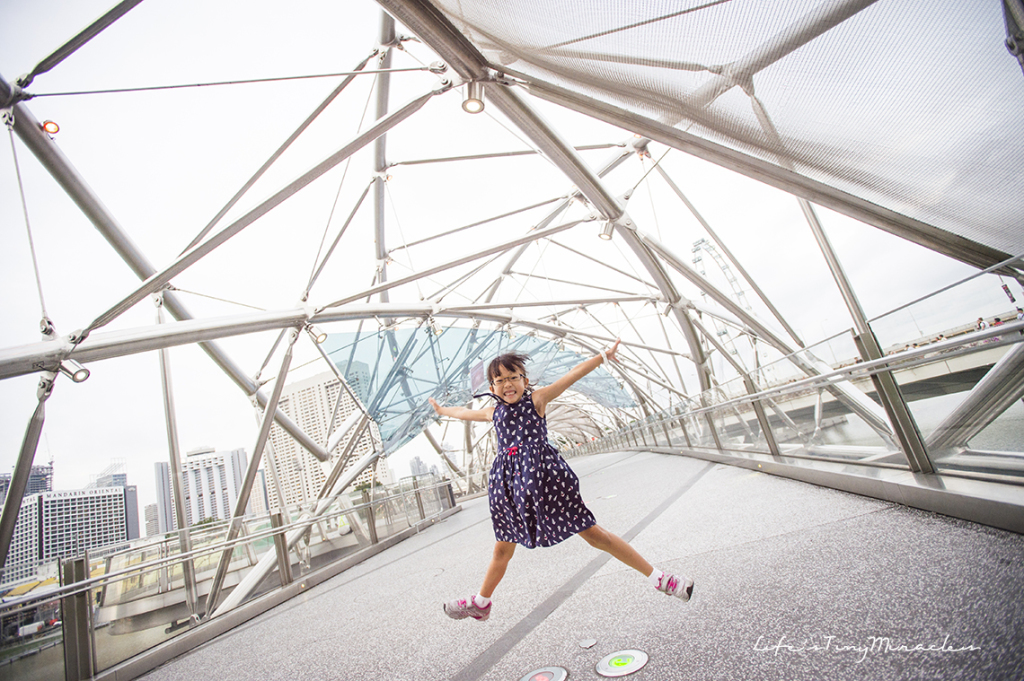