Inspired by the video game ‘Street Fighter’, Hadouken (波動拳) is the latest viral internet trend that started with schoolgirls in Japan, but has since taken on a life of its own (Source).  Hadouken can take on many different forms: some people smash the ground to create a shock wave, others spread out their arms to send their energy in two different directions. 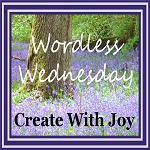