We watched Charlotte’s Web produced by the Singapore Repertory Theatre’s The Little Company this morning and I left the theatre feeling all fuzzy within. The good kind of fuzzy. Even though we had read the book and knew the plot well, watching the friendship of Wilbur the pig and Charlotte the spider being played out LIVE on stage really drove home the story themes so brilliantly.

A Synopsis of the Play: 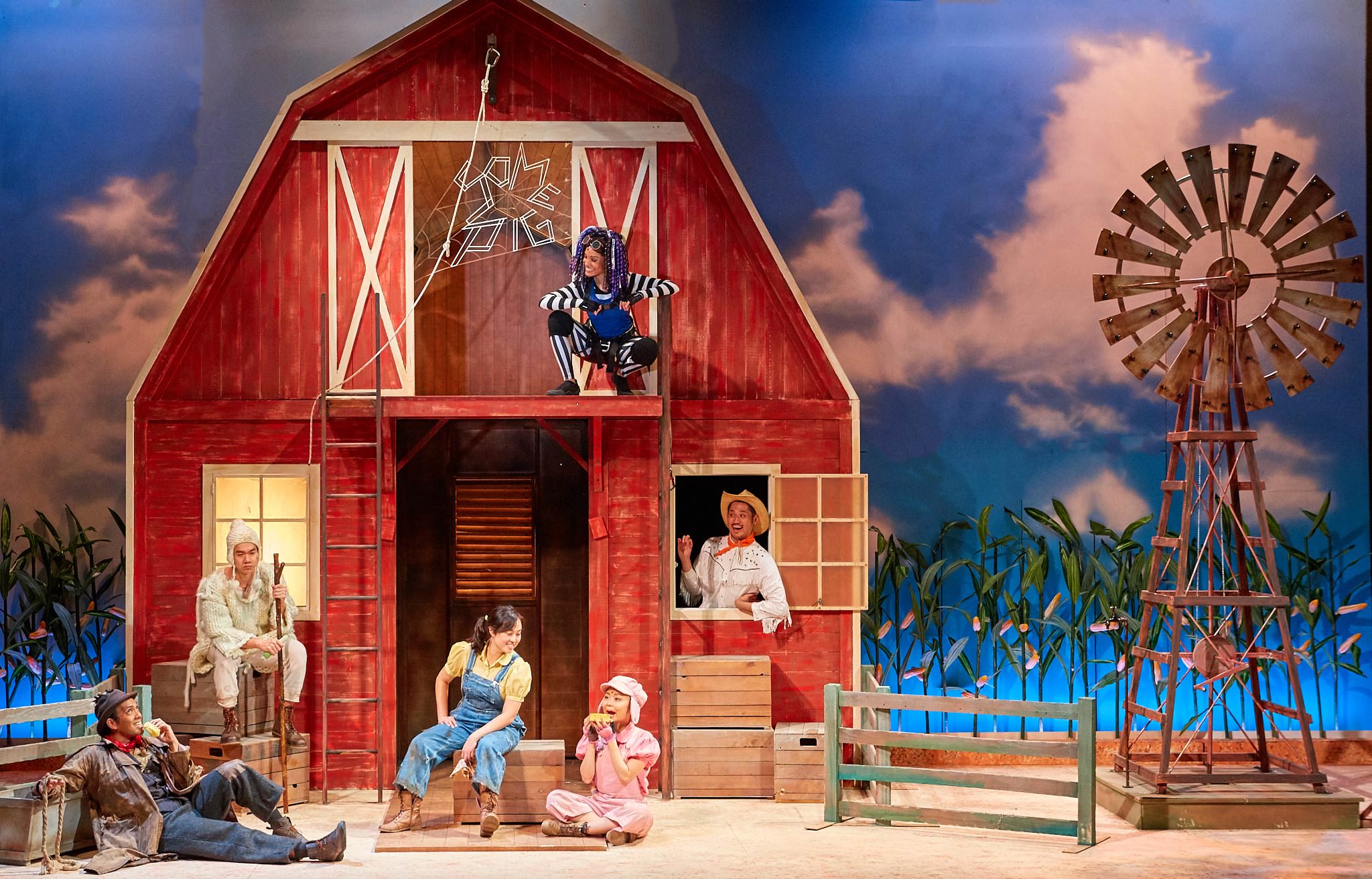 The moment we stepped into the KC Arts Theatre at Robertson Quay (Home of the SRT), we were greeted by a big red farmhouse backdrop which will cleverly be transformed into Mr. Arable’s farm, Mr. Zuckerman’s farm and the county fair. On the farm, live Mr. Arable and her kids, Avery and Fern with their live stocks. As the story begin to unfold, we saw how Fern begged her father not to slaughter the smallest piglet of the litter. Fern got to keep the piglet which she named ‘Wilbur’ on condition that it has to be raised at her uncle’s farm.

Over at Mr. Zuckerman’s, Wilbur befriended other barnyard animals (some geese, sheep, pigs, even a spider ‘Charlotte’ and a rat named ‘Templeton’). Wilbur grew happily and steadily, until it was deemed a good size to be sold.  Wilbur was petrified.  To avoid Wilbur being sent to the butcher, Charlotte came to his rescue.  Charlotte uses her web-spinning skills to weave messages that praise Wilbur, making him a celebrated pig treasured by Mr. Zuckerman. First, it was “Some Pig” followed by “Terrific”, “Radiant” and lastly, “Humble”. The weaving were so intricate and beautiful that each time a new word was unveiled, I could hear the audience gasp a little!

Towards the end, Charlotte laid an egg sac and came to the end of her life. The mood turned a little sad when Wilbur lost his best friend but it picked up again after Charlotte’s babies were hatched.  The circle of life then continues. 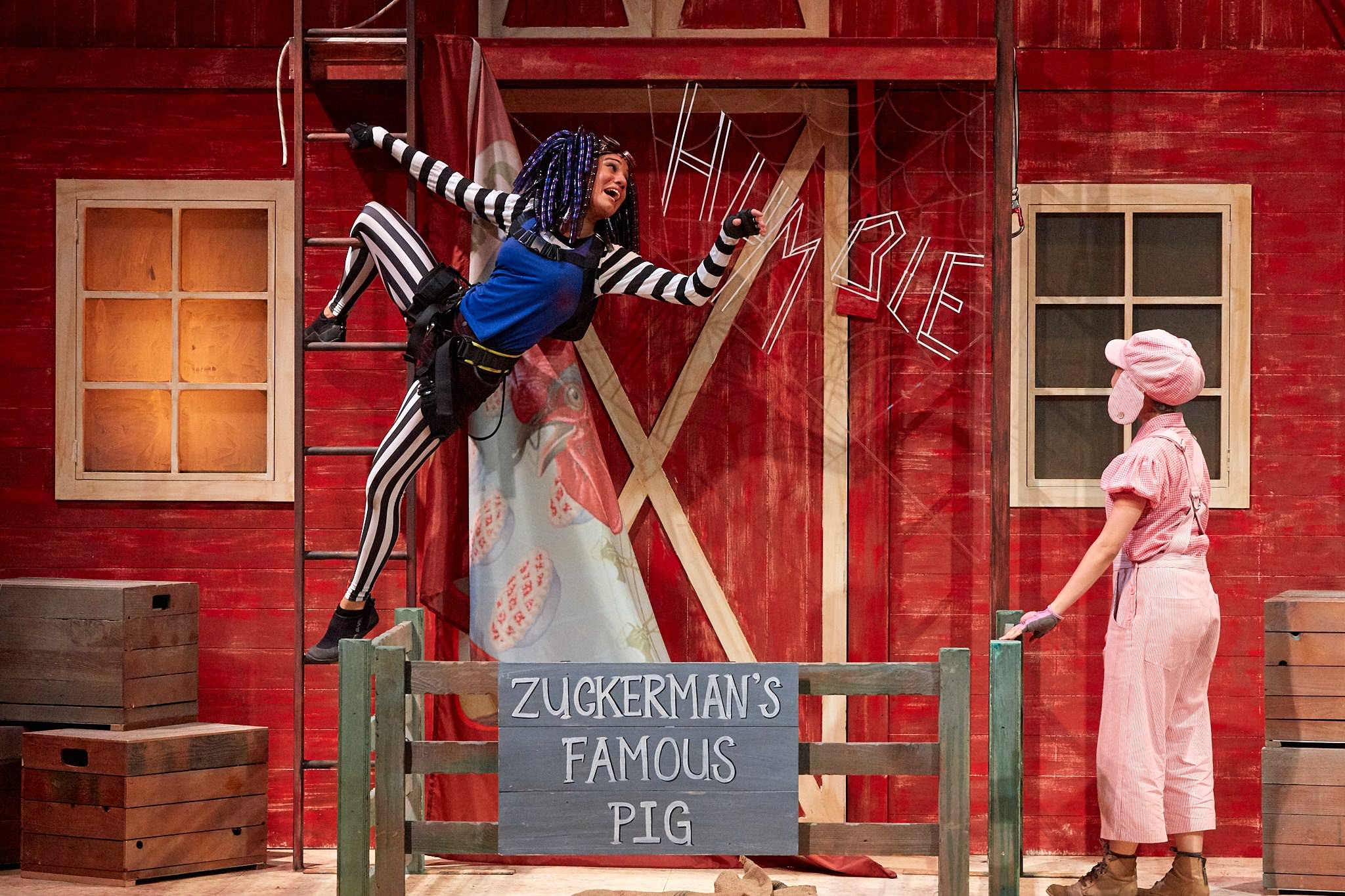 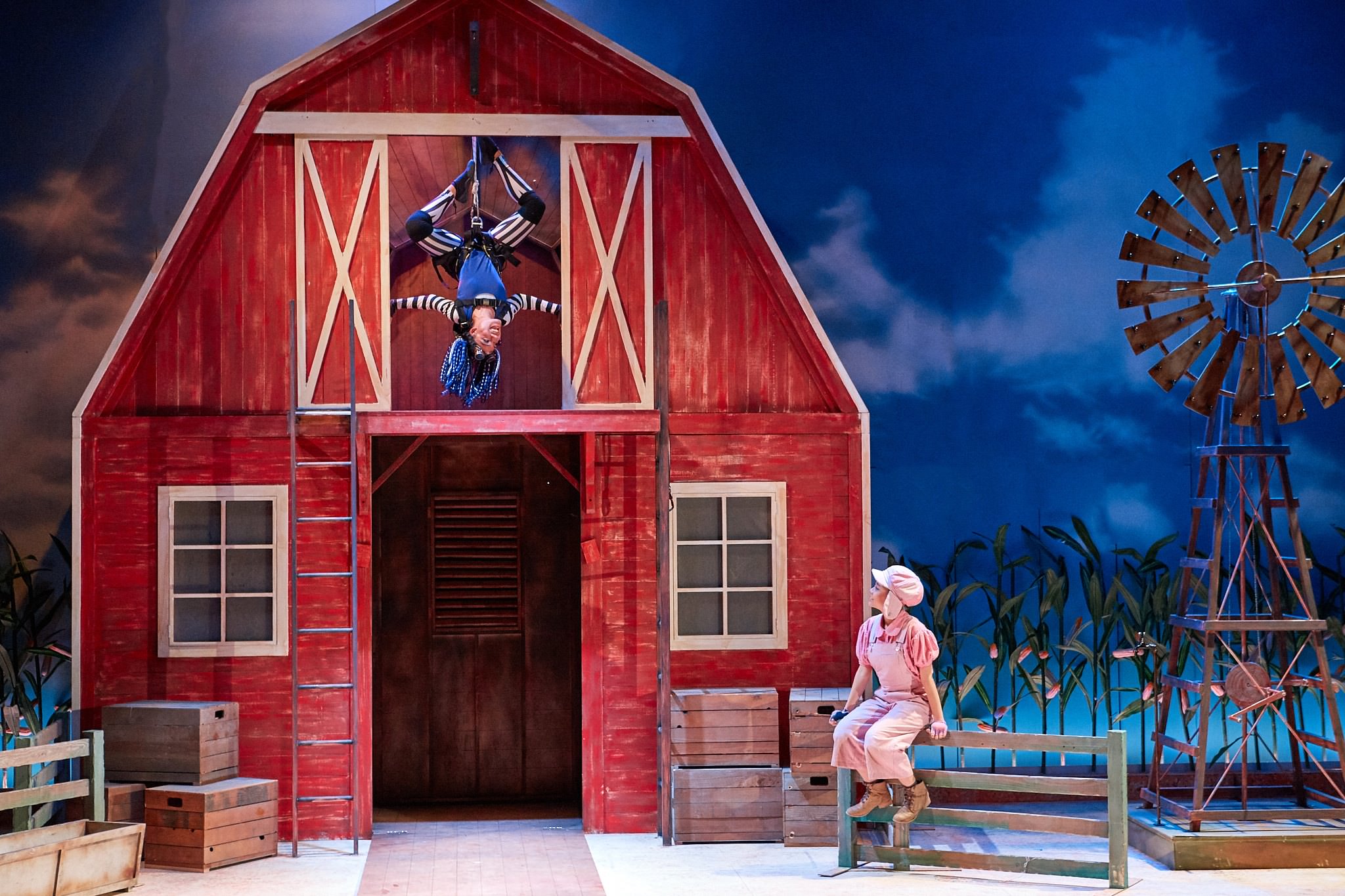 The SRT crew has once again outdone themselves with this ingenious yet heartwarming adaption of a very famous literary classic.  I went away thinking, ‘wow, this is my favorite play of SRT this year’. Yes it was that good. To bring the story of Charlotte’s Web to stage is not easy yet they were able to portray the nuances and characteristics of each animal group clearly. We especially love Sharda Harrison who acted as ‘Charlotte’. She carried off the spider’s dexterity superbly and her costume was very apt! Kudos also to the SRT actors we are familiar with – Ann Lek who acted as ‘Wilbur’ and Dwyane Lau who acted as ‘Templeton’. With just a crew of just merely 6 actors/actresses, they skillfully multi-tasked different roles and retold the story of Charlotte’s Web to the audience comprising of mostly little children, captivating their attention and touching their hearts. What a brilliant local production that is truly worth supporting!

A few words from our 8 year old:

I enjoyed Charlotte’s Web! The props are attractive and colourful. The actors acted really well. I can visualise them as the wise old sheep, the proud Mr. and Mrs Gander Goose, the motherly spider and the friendly little piglet.

I learnt about determination and sacrifice from Charlotte. Even though she was dying, she was determined to help Wilbur win first prize at the County Fair. I like the friendship among the animals in the farm. When someone is in trouble, everyone chipped in to help, even the once selfish rat, Templeton. I also like Wilbur’s courage. Even though he didn’t win the blue ribbon award and Charlotte was no longer around, he decided he will carry on living bravely so that he can tell Charlotte’s babies the story of their Mummy. 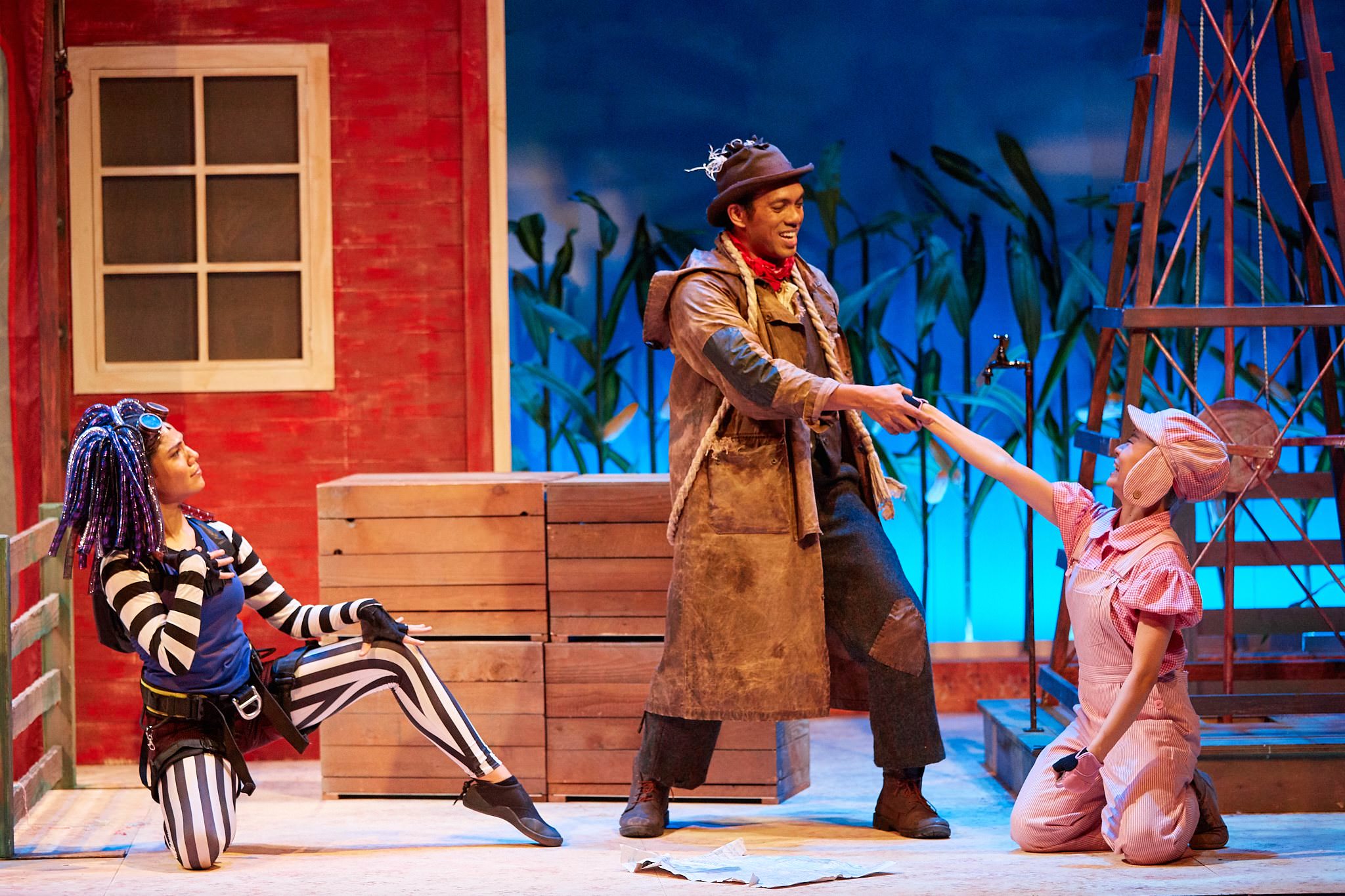 I would like more people to come and watch this heart-warming story as it is funny, teaches us lessons and last but not least, engages the whole family.  We enjoyed it a lot and so will you! Suitable for kids 4 and up. Buddy (2.5 years old) watched it with us and his interest was sustained till the last 10 minutes of the play.  He could even associate Charlotte with the spider in the nursery rhyme, ‘Incy Wincy Spider’.  In general, the play would appeal easily to most children.

Tickets, priced from SGD25 and up, are available at at Sistic website, via Sistic Ticketing Hotline 6348 5555 or through Sistic’s Authorised Agents.