We are inching closer and closer each day to Singapore’s biggest party.  It will undoubtedly be a spectacular curtain-raiser for the Golden Jubilee Year celebrations. Families are encouraged to bring their children to join in the Countdown to imbue a sense of loyalty, pride and appreciation for this world-class city state in which we call home.

The Marina Bay Singapore Countdown is expected to draw about 300,000 spectators with most events concentrated around the Marina Bay area with fringe celebrations in some neighbourhood estates.

The following are highlights of the events around Marina Bay (clockwise from The Esplanade): 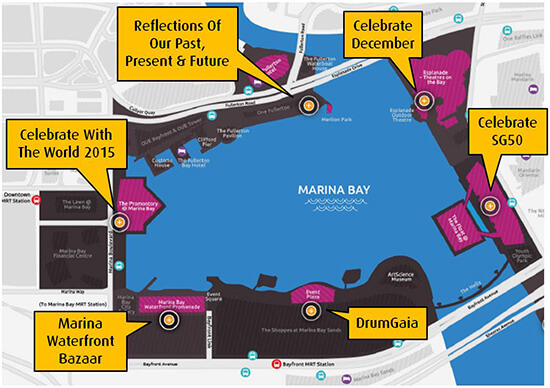 Celebrate December is an annual year-end celebration that brings everyone together with hope and optimism for the New Year. In this season of bonding, revelry and reflection, join us in the festivities including music performances, craft workshops and many more activities for all ages.  Come, make merry and lift your spirits through the arts. 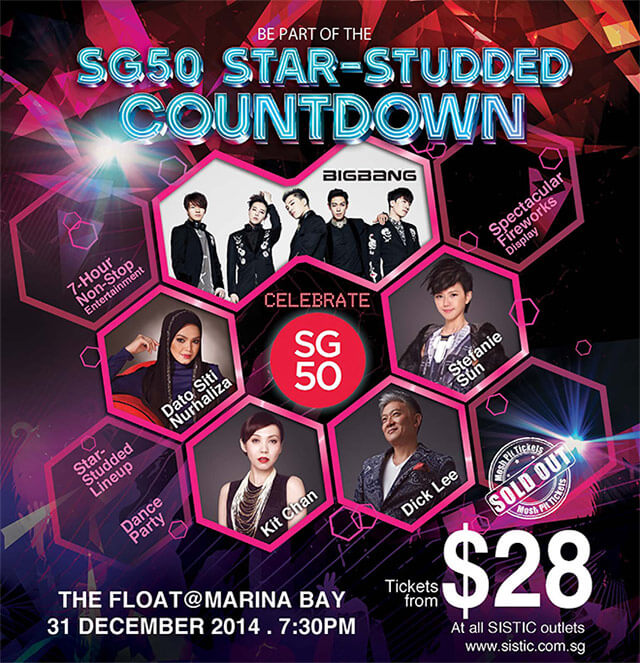 Superstars Stefanie Sun, Kit Chan and Dick Lee unite with a line-up of over 60 well-known local celebrities to commemorate 50 years of local pop culture at this Mediacorp concert. After midnight, dance the night away with Big Bang and DJ Tinc. Limited number of tickets left!

Get treated to drum performances and participate in Drum Circles to try your hand at creating rhythms with hand-held percussion instruments. This spectacle of 400 drummers will be performing “live” to specially-commissioned music as fireworks paint the sky at Marina Bay.

5. Celebrate with the World 2015 Carnival & Concert Celebrate with the World returns with over 8 hours of non-stop music right at The Promontory. This year’s edition boasts international and local DJs, and features performances from our home grown artistes. In addition to the music extravaganza, there is a carnival with a variety of food, drinks, and nostalgic games of yester-year, promising lots of fun for everyone.

6. Reflections of our Past, Present and Future

Venue: Fullerton Hotel Facade and the Merlion Park (26 to 31 Dec, various timings from 8pm to 12am) Free.

The Fullerton Hotel and the Merlion Statue will be transformed into a digital art showcase as the facades come alive with light and colour, culminating in a spectacular animated countdown display on New Year’s Eve.

“Marina Bay Singapore Countdown 2015 is very significant, being the 10th edition and also the first event to kick off the SG50 celebrations. We want everyone to reflect on the journey that Singaporeans have taken together and to tell this story through innovative ways using 3D projection, lighting, music and fireworks.” ~ Mr Clarence Yap, Head, Music, The Esplanade Co Ltd.

For the safety of spectators and to facilitate traffic arrangements for the event, the following lanes and roads will be closed to all vehicular traffic during the stipulated periods:

e) The vehicular traffic direction of the following road will be REVERSED to facilitate traffic movements during crowd dispersal.

1. The carriageway of Temasek Ave in the director of Bayfront Ave (between Raffles Boulevard and Raffles Ave)

In addition to the traffic advisory, the following security measures are also in place for the pedestrians:

Public are advised to exercise tolerance and to cooperate to ensure the event is a smooth, safe and enjoyable one for all. 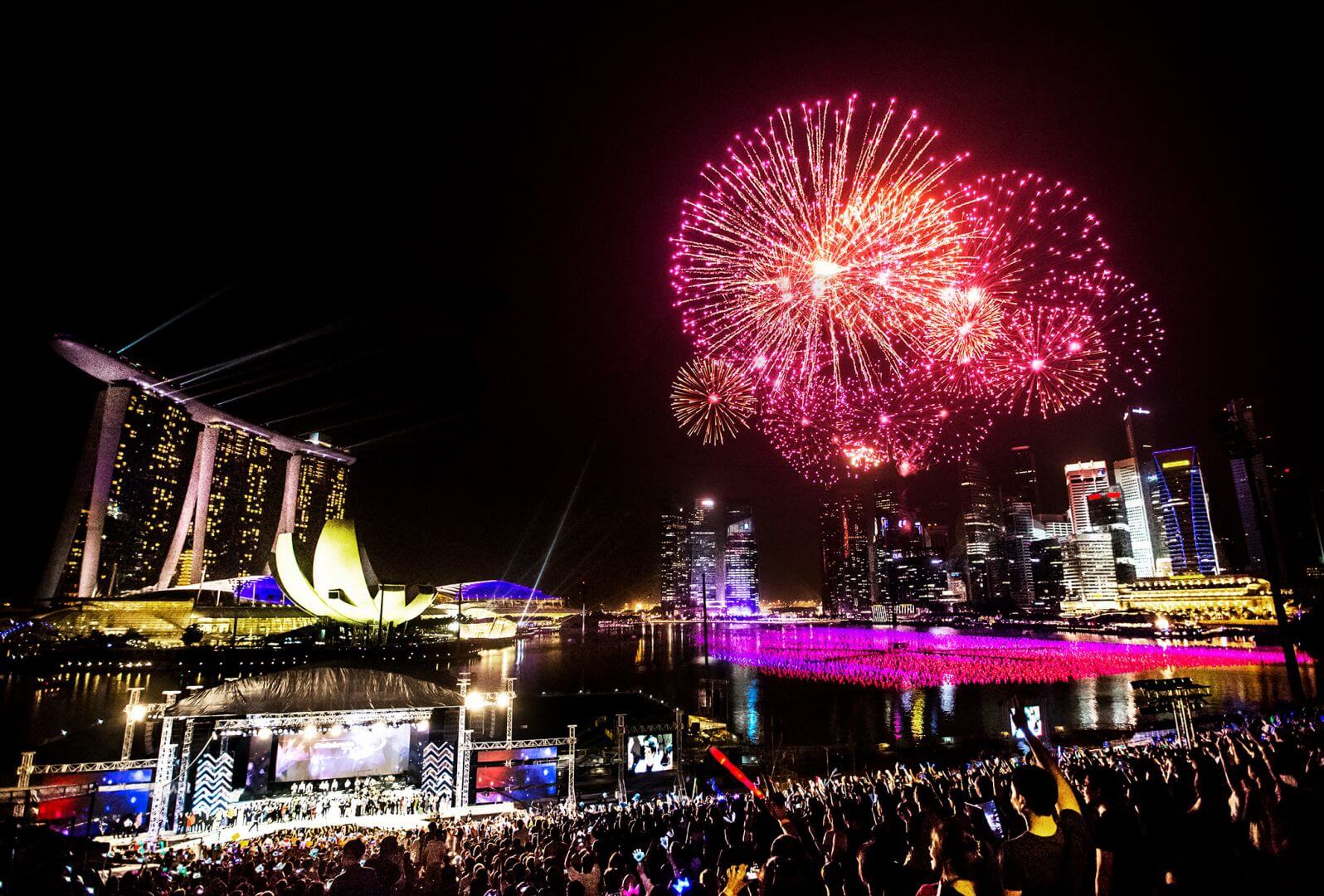 Tips for Getting to Marina Bay Area:

Due to road and lane closures on New Year’s Eve, the public are encouraged to use public transport to get to Marina Bay. Marina Bay can be accessed via the North-South MRT line, the Downtown Line, and the Circle Line.   What you can do is:

1. Park at an HDB Carpark on the peripheral of the city and hop on an MRT to one of the MRT Stations (Raffles Place, Bayfront, Marina Bay) indicated on the map.

2. If you really have to drive, carpool and go early to find parking at one of these carparks:

For information on nearby (South & CBD) car-parking facilities and rates, you can refer to theOne Motoring Website.  For best vantage points to view the fireworks, please visit our fellow Marina Bay Singapore Countdown 2014 Ambassador, Wacky Duo’s blog post. Have a happy and safe Countdown everyone!