Admittedly, it was about 20 years ago in Melbourne that I watched my last Shakespearean play in a park setting. It was a cool night as the handful of audience watched the Royal Botanic Gardens transformed into playful Puck’s playground for Midsummer’s Night’s Dream. Needless to say, it was spellbinding. 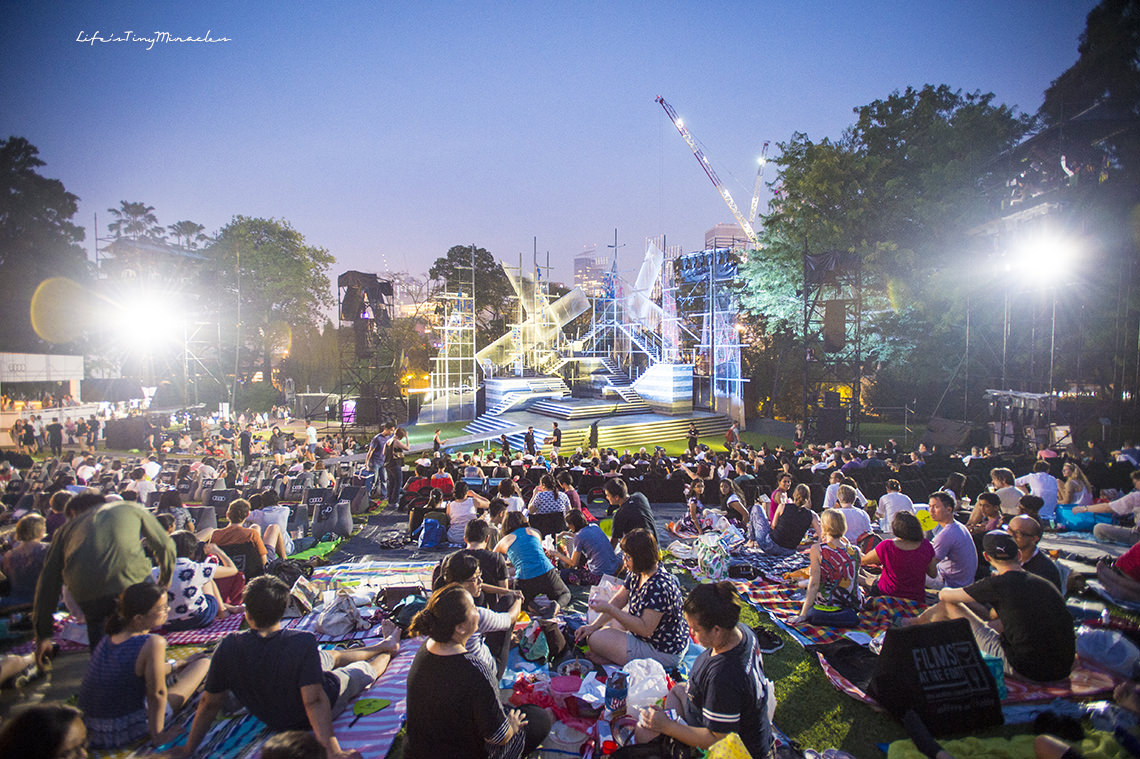 However, since returning to Singapore, I have not dared or even entertain the thought of watching Shakespeare performed in the park due obviously, to the heat, humidity and the unpredictable weather.  But that was about to change.

The opening night of the Singapore Repertory Theatre (SRT)’s 2016 rendition of Romeo and Juliet had the Fort Canning Park filled to the brim, so many families and groups of friends all braving the elements on a balmy May evening. Armed with picnic mats, food, wine and drinks, some even queued more than an hour before hand to enter the performance grounds. Once they did, the venue quickly filled up – it was obvious that my fear for the elements had deprived me of enjoying Shakespeare performed ‘LIVE’ all these years.

The mood at Shakespeare in the Park was nothing short of electrifying. Abuzz with conversations, laughter and merry-making. Shakespeare was very much alive here in humid Singapore! All these years, SRT has built up a reputation for producing quality LIVE theatre both for mature audiences and for children. It was evident from the size of the turnout despite an earlier downpour.

The classic story of the two star-crossed lovers needs no introduction. But it has been given a modern adaptation which was very well done with no loss to the play’s very essence. In fact, I felt the modern interpretation enhanced it.  The stage itself is something to behold – with strong jagged lines and steps leading up and down, it conjures a sense of unease and premonition even before the prologue commenced. Accentuated by the colourful panels that closely resemble a church’s stained glass, the stage represented Verona at different acts of the play creatively. 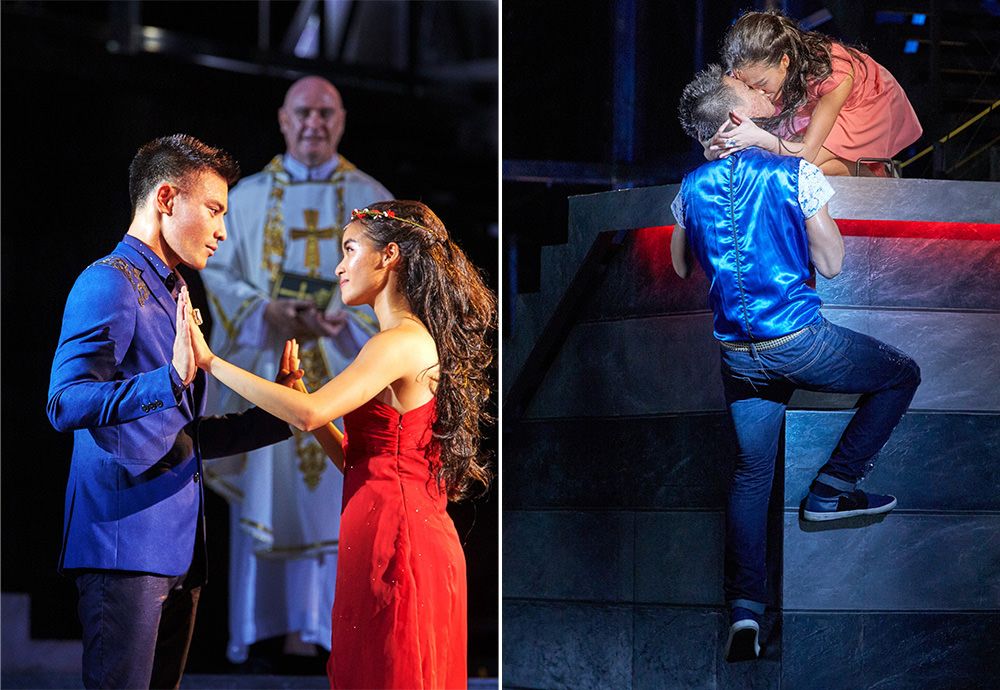 The music that accompanied the different scenes deserve a special mention. From excitement to dread, from the ghoulish visits by Mercutio’s spirit to the short-lived gaiety of the star-crossed lovers, the original scores, composed by acclaimed local composer Ruth Ling, added depth to the entire production.

The entire cast and crew were top notch. Worthy of commendation would be Thomas Pang’s ‘Romeo’ – a spritely and very convincing one, Pang delivered his lines with both aplomb and sensitivity. The other impressive actor would be ‘Mercutio’ played by Shane Mardjuki who effectively portrayed the impulsive, energetic but yet loyal friend of Romeo. Cheryl Tan, whom we last saw as Ivy in ‘Beauty World’ carried the role of Juliet with beauty and grace, albeit a tad too frivolous at times for this viewer’s liking. The frivolity somewhat negated the depth of the darker moments in the story.  The other casts include local theatre thespians Daniel Jenkins and Ramesh Panicker who carried the roles of the manipulative senior Capulet with sufficient gravitas. All in, it was excellent production which had got the audience members riveted with nary a sound during the 2-hour open-air performance. The modern embellishments did not quell the essence of the original intent of the play but in actual fact, drew this audience member into the Verona of old watching the lovers’ lives unwind till its fateful end. In many ways, the live performance at Fort Canning Park is reminiscent of the time Shakespeare’s plays were performed. Having been to Stratford-upon-Avon and seen the reconstructed Globe in London, I would imagine that the bard’s plays were performed in crowded and dynamic, live environment…where life interacted with the plays and plays interacted with life. That is, after-all the essence of Shakespeare. 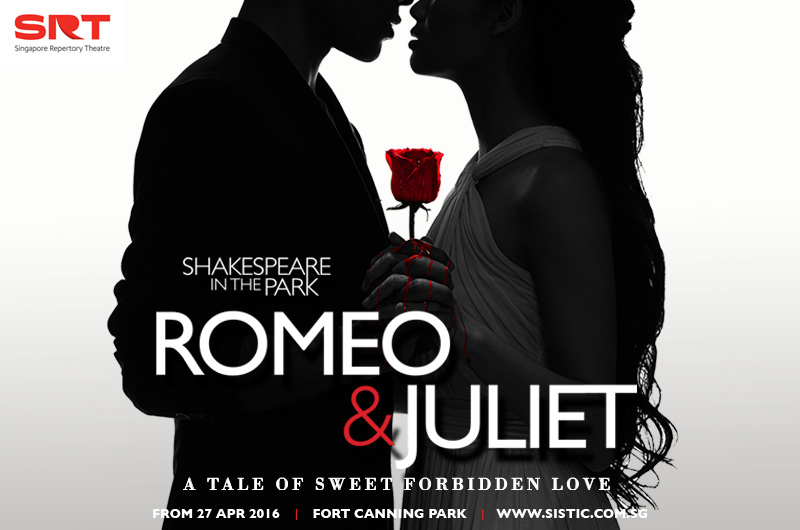 Shakespeare in the Park: Romeo & Juliet