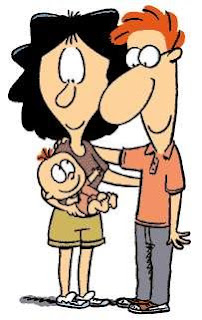 Our Princess was hit by viral fever which went as high as 38.2 on Sunday.

Common causes
The most common causes of fever in a baby this age are generally the same as for you or me, viral infections. If your baby has symptoms of a viral infection, such as a cold or diarrhoea, especially if she has been exposed to others with the same symptoms, she may well have the same infection.

Babies may become much sicker than older children and adults with the same infection. The same cold that causes a simple runny nose for an eight-year-old may cause fever, congestion, poor sleep, poor feeding, and even vomiting in a baby. The best approach is to limit your baby’s direct exposure to people who are sick, especially people with fever.

How fever affects your baby’s eating
Many babies start eating baby cereal and foods by around six months of age. For some babies, having a fever may not affect their fluid or food intake, and this is very reassuring. It is very common, however, for babies who develop fevers with viral infections at this age to lose interest in solid foods until they feel better.

Do keep track of your baby’s fluid intake when she has a fever. Pay attention to how much and how often your baby is drinking compared to her normal intake. Fever can lead to dehydration. Even if they do not have vomiting or diarrhea, babies can become dehydrated more quickly than larger children and adults.

When to take fever seriously
Somewhere around six months of age, your baby’s immune system becomes more fully developed, and she will start to fight infections more effectively. Four to nine months is the transitional period when fevers in otherwise healthy babies (they’re eating well and not acting sick) don’t automatically require a visit to the doctor. However, if your baby has very high fever (e.g., higher than 38.8 degrees C), isn’t eating well or looks sick, consult a doctor immediately.

The fever is probably not serious if your baby:
*is still interested in playing
*is eating and drinking well
*is alert and smiling at you
*has a normal skin color
*looks well when his or her temperature comes down

And don’t worry too much about a child with a fever who doesn’t want to eat. This is very common with infections that cause fever. For babies who still drink and urinate normally, not eating as much as usual is OK.

'Life's Tiny Miracles' is a collection of our experiences about parenthood and raising a family in Singapore. It documents the beautiful and trying moments of everyday life - family, friendship, faith, food, travels and many other memories that shape us, delight us, and help us number life's tiny miracles.