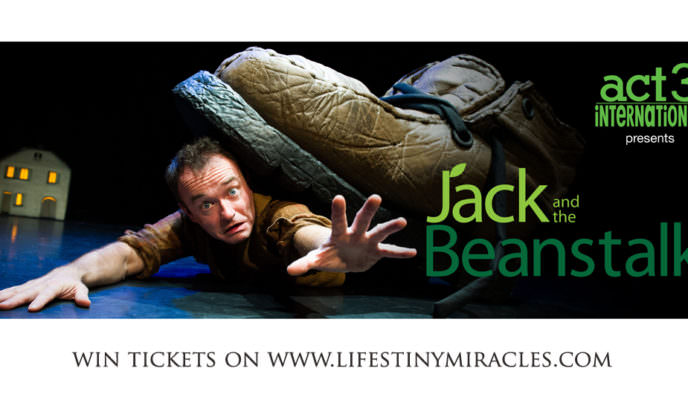 Fee Fi Fo Fum! It’s a giant of a show, we’d love you to come! ACT 3 International, Singapore’s leading Arts company for the young, is pleased to announce its September production for its Theatre Season 2016 – ‘Jack and the Beanstalk’ by Lyngo Theatre, a UK based Children’s Theatre company. While Lyngo Theatre has showcased previous productions in Singapore such as Egg and Spoon, Circus Minimus, as well as Hansel and Gretel, ‘Jack and the Beanstalk’ will make its maiden performance here in … END_OF_DOCUMENT_TOKEN_TO_BE_REPLACED 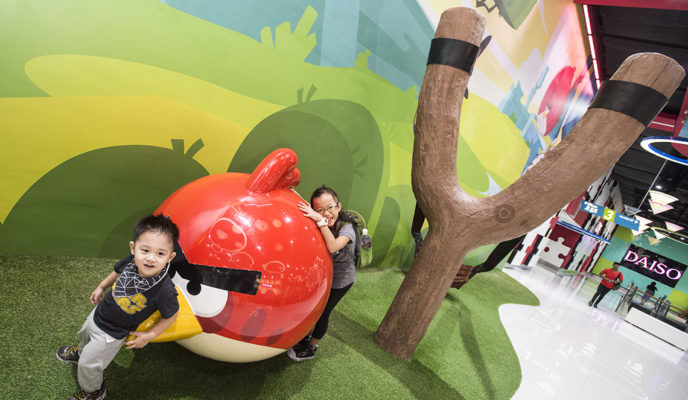 They are here! The world’s cutest, liveliest and 'angriest' birds are now just a stone’s throw across the causeway at the Komtar JBCC Mall! In fact, just take a short 5 minute walk from the CIQ (Customs, Immigration and Quarantine) building in Johor, you’re already face to face with these little critters that took the world by storm (and still is!) with their funny, addictive antics of whizzing through the air, hitting each other as targets and landing with a crude thud accompanied by their … END_OF_DOCUMENT_TOKEN_TO_BE_REPLACED 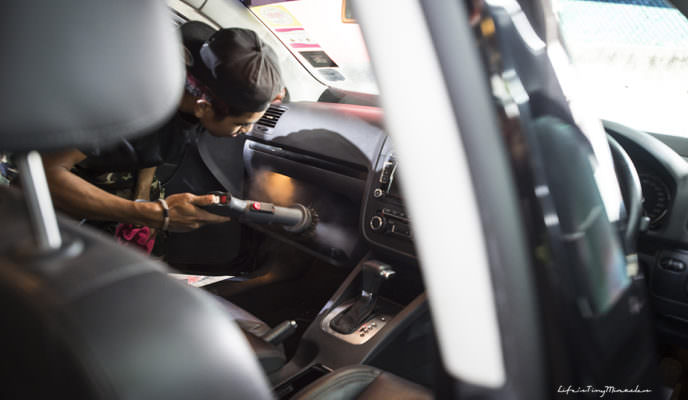 Roaches!!!??? First, I have to say that we don’t eat in our car and we forbade our kids to do it too. Aside from the occasional takeaway or 'tapaos' that we buy home in the boot, eating in the car is a major ‘No, No’ for us.  The only exception would the be occasional bottled milk feeds for Buddy. So,imagine my shock when early in the session with EA Detailer, I saw with my very own eyes small roaches crawling INSIDE my car cabin during fumigation! When the fumigation session ended, I … END_OF_DOCUMENT_TOKEN_TO_BE_REPLACED 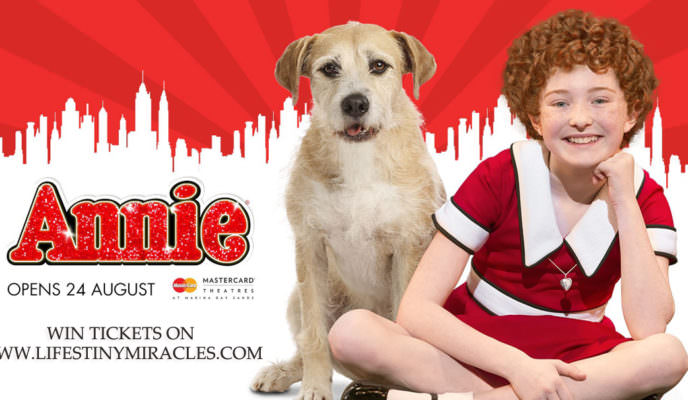 Direct from the US to Singapore, the world's most-loved orphan – ANNIE – is back in town! This heart-warming, rags-to-riches story has become one of the best-loved family musicals of all time, boasting Broadway's most memorable scores, fantastic visual choreography, a side-splittingly funny script and of course her adorable dog Sandy. A story set in New York City, ANNIE is a story that showcased the resilience of the people at the time when the country was embroiled in the Great … END_OF_DOCUMENT_TOKEN_TO_BE_REPLACED 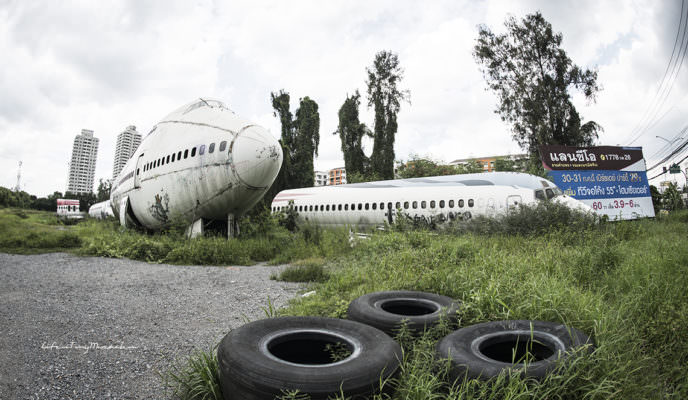 This was originally intended as a plain (pun unintended) travel post but two things have changed it. First, the actual visit to this Airplane Graveyard itself. This is not a commercial tourist attraction. It is, technically, a junkyard that happens to house the fuselage and parts of three large commercial jet planes, one of which is that of a B747, Queen of the skies no less, left unceremoniously on this weed-infested land. It is obvious that whatever was the plan for this had not quite … END_OF_DOCUMENT_TOKEN_TO_BE_REPLACED 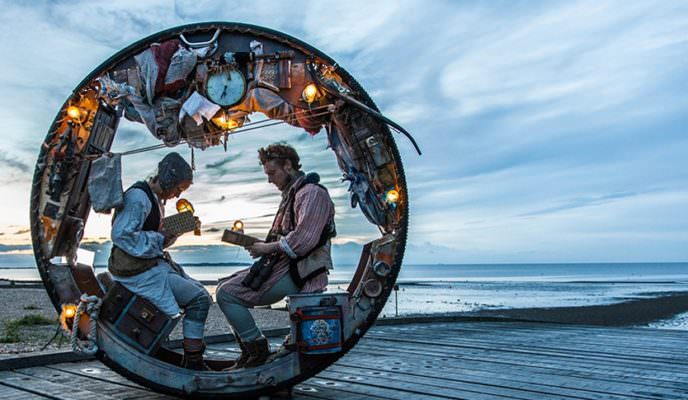 We've waited a whole year for this - The annual Singapore Night Festival - one of the main family events we look forward to yearly! It's a great occasion where family and friends can be dazzled, be inspired and to be 'wowed'! Scroll down for a comprehensive list of details including Videos, Festival Programmes, Festival Food, Festival Stage Shows, Festival Workshops,Shopping and...Festival Survival Tips for families. Festival Info: Fri & Sat, 19 & 20 and 26 & 27 … END_OF_DOCUMENT_TOKEN_TO_BE_REPLACED 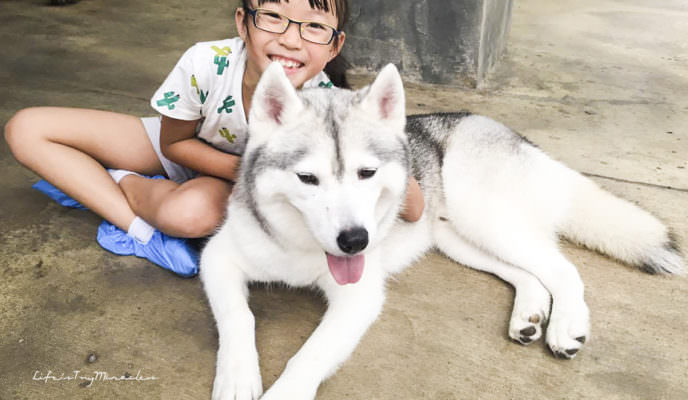 We took advantage of the long National Day weekend and escaped to Bangkok, Thailand for a short family vacation. One of the highlights of our trip was a visit to the TrueLove@Neverland Cafe....a themed dog cafe located in a residential district on the outskirts of Bangkok. We hired a taxi driver for a day to bring us to the Bangkok Safari in the morning, followed by the Cafe at noon. Here's a sneak peek! https://www.youtube.com/watch?v=ZSxlDUuZ-zg&feature=youtu.be It was … END_OF_DOCUMENT_TOKEN_TO_BE_REPLACED 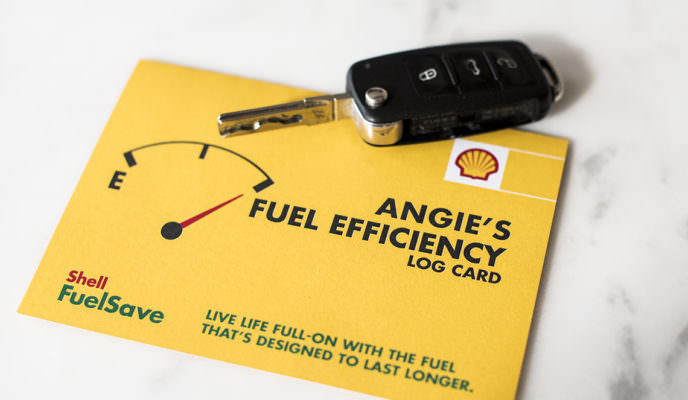 How does a typical workday look like for you? If you are a full time working parent with young children like us, your day probably starts, even before the previous one ended! Indeed, our days are filled with endless chores, duties, responsibilities.That's not even taking into account time out with the family for meals, errands and children’s activities. How about when the odd contingencies arise? A visit to the A&E department at the hospital? A drive to visit a friend in need? Bringing … END_OF_DOCUMENT_TOKEN_TO_BE_REPLACED 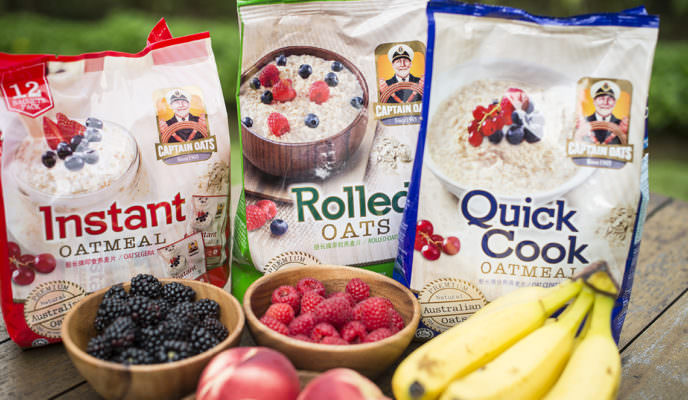 When the trend of overnight oats hit Singapore last year, I joined a FB group dedicated to it and started learning how to prepare overnight oats for breakfast. It was simple, tasty and most importantly, a small step towards healthy change in our choice of breakfast food. My then 7 year old daughter and I have since been hooked on oats but little did I know what a superfood it is and the many health benefits they bring. We were introduced to Captain Oats recently. Captain Oats uses only … END_OF_DOCUMENT_TOKEN_TO_BE_REPLACED