Recently the entire household was sniffing, coughing and itching as we did our year-end spring cleaning.  In fact the kids were having persistent runny nose with no symptoms of flu or any illness.  After some deduction, we knew that the culprit was a common one but a potentially harmful one – Dust.

Around the world, allergies are on the rise. But what’s alarming is that these triggers are found all around the home. On average, humans shed 28g skin flakes every month – a rich source of food for insects and dust mites.  Dead human skin cells, dust mites and their faeces, pollen, pet dander, mould and bacteria. Lurking inside our homes are these harmful, microscopic allergens, Just 0.000001g is enough to trigger coughing, sneezing, itching and other allergic reactions.

Recently, Dyson has conducted a dust study alongside the National University in Singapore to better understand the invisible villains that reside in Singapore homes. We agreed to participate in the study just to see what allergens are cohabiting in our home. A team of dust researchers descended upon our home in August and collected dust from the floor, mattresses and desk top surfaces such as shelving, wardrobes and TVs.

We received the Dyson dust report in the email which indicated that:

The report basically shows that we have a clean home but if there are members of the family who suffer from asthma and allergens (which we do), the European dust mites on our floor or the couch area could trigger the allergies. It’s not just the dust mites alone but their droppings that cause an allergic response; triggering asthmatic symptoms or other allergic conditions. No wonder I suffer from nasal congestion quite often and the kids sometimes get unexplained insect bites!
The Dyson dust report also revealed that beds are a haven for moulds, bacteria and allergens. The average mattress had 3,000 cfu (cfu = Colony Forming Unit) of mould per 1g of dust. A single mould can produce 40 or more proteins that can cause allergies. Mould allergy symptoms include sneezing, nasal congestion and itchy or watery eyes.
Some Interesting Facts About Allergens 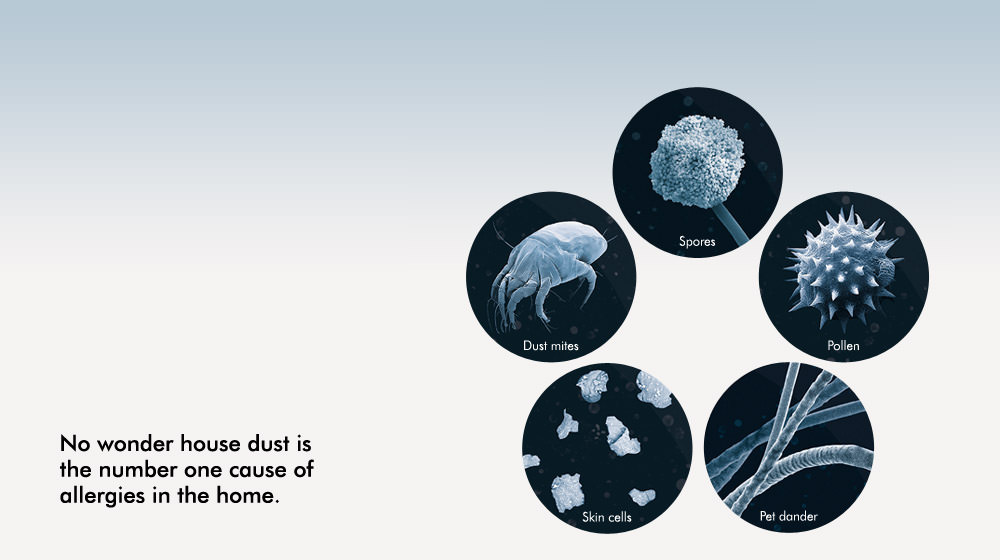 Image Source
Now that we are aware that we are sharing our home with some ‘unwelcomed residents’, it is even more imperative to maintain a regular cleaning regime to keep these dust mites and mould allergens at bay.  Dyson has developed a total home solution to tackle these invisible villains in the home. Stay tuned as we review one of the awesome Dyson products which comes with an in-built Air Multiplier™ technology that projects cleaner, purified air around the home giving us fresh dust-free air.