Let me begin first, by saying this is not the 1st time I am watching The Sound of Music Musical LIVE but I’ve never remembered it being so spectacular. There were so many aspects of the show which moved me – the cast, the singing, the LIVE orchestra and my 9 year old daughter singing along to the memorable tunes of Sound of Music which we are all so familiar with. 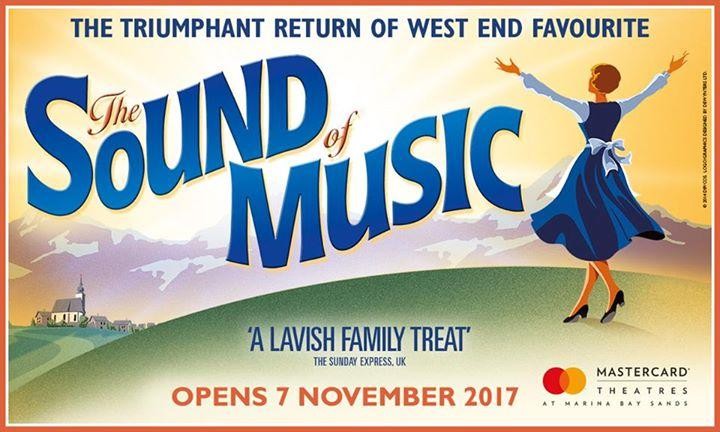 The leads, Carmen Pretorius (Maria) and Nicholas Maude (Captain von Trapp) performed their iconic roles with palpable onstage chemistry and beautiful vocals. Janelle Visagie’s caring persona of Mother Abbess gave such an inspiring rendition of ‘Climb Every Mountain’ that it gave me goose bumps (of the good kind!). 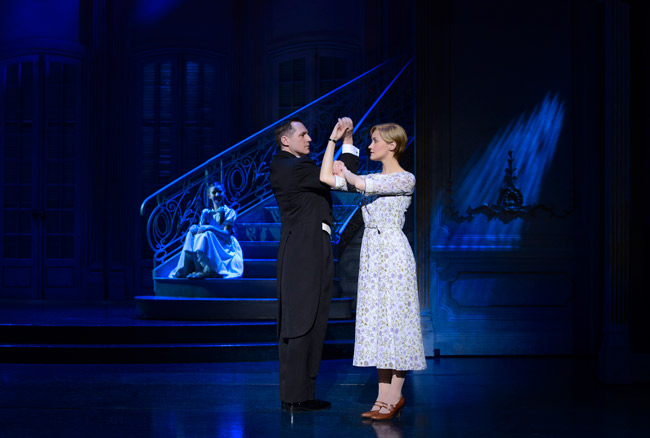 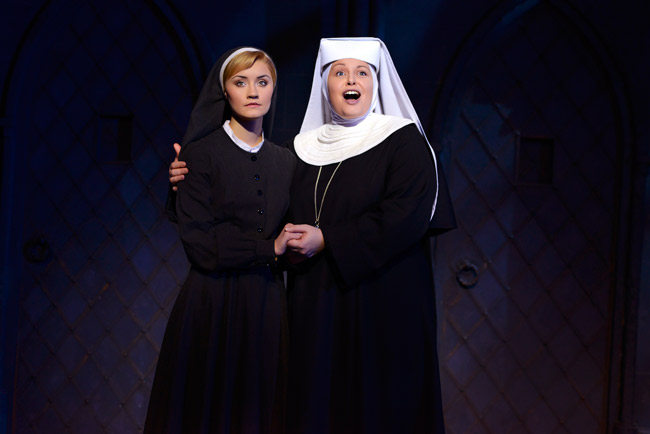 But what really take the cake was the children cast. Worthy of mention is that 18 of Singapore’s most talented young actors and actresses have been handpicked (out of 400 kids who auditioned) to play the coveted roles of six of Captain von Trapp children (with three children chosen to alternate each character). The children will perform in rotation throughout the season as the small and cute Gretl, the brothers Friedrich and Kurt, as well as their sisters Marta, Brigitta, and Louisa.

It was apparent the children cast were the audience’s favorites for they received the loudest applause throughout the performance. Their innocence, enthusiasm and singing were truly infectious! During the Gala Night performance, one of Dana’s school-mate, Sasha Suhandinata, did such a stupendous job acting as the precocious Brigitta. Emily Kitamura who acted as Gretyl, the youngest of the von Trapp troop, was impressive too. Considering this is a 2.5 hrs long production, this is no mean feat. Bravo! 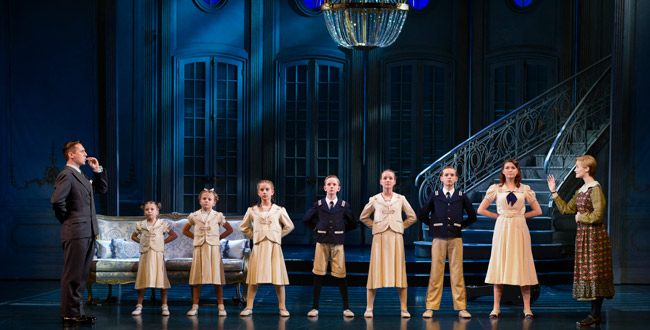 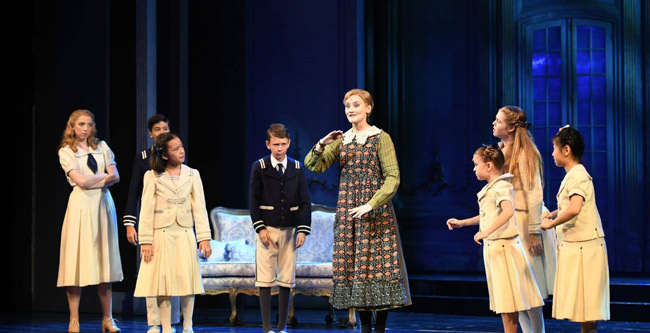 The musical is superbly staged.

The realistic backdrops depicting the Austrian hills and the Nonnberg Abbey and having the actors walked down the aisles of the MasterCard Theatres in 2 scenes gave this production added depth and realism. It was surreal staring at the two gigantic Nazi flags draping down from the sides of the Grand Theatre Stage here in modern Singapore, accompanied by the flag of the Third Reich, in one of the closing scenes.

I feel much credit for the success of The Sound of Music has to be given to the LIVE orchestra. Providing such beautiful accompaniment to the casts’ singing, from the jaunty Do-Re-Mi to the reflective Edelweiss to memorable hits like My Favorite Things and the glorious title song, The Sound of Music, it was such a treat for our ears! 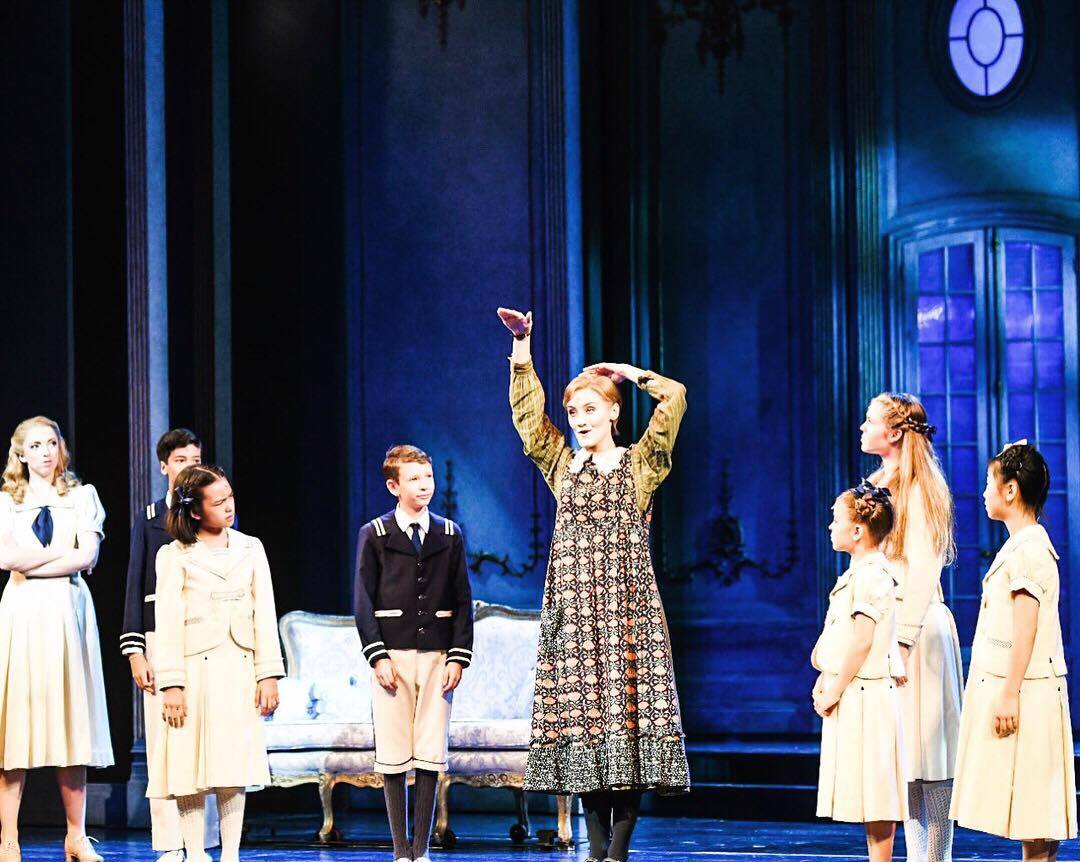 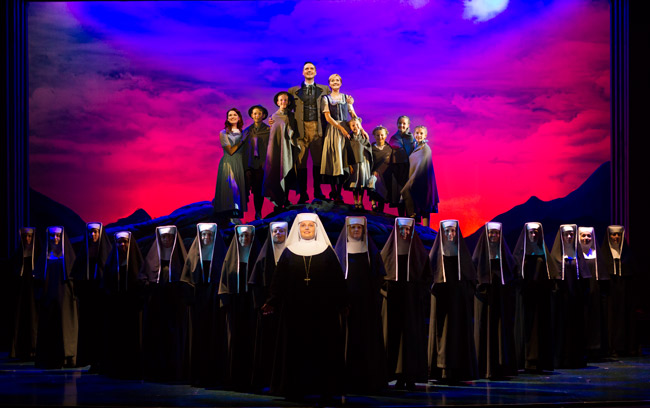 Arguably one of the world’s best-loved musicals, The Sound of Music tells the true story of a young nun-wannabe, ‘Maria’ who was sent to be a governess to the 7 children of a widowed naval captain. She re-introduced music to their homes, dispelled the captain’s loneliness and brought laughter back to the children’s regimented lives. Eventually, she won their hearts and they escaped together from the Nazis to Switzerland prior to the outbreak of WWII.

A Timeless Broadway Classic:  The original 1959 Broadway production was adapted into the 1965 movie immortalizing Julie Andrews as Maria. It won five Oscars, including Best Picture, and remains one of the most popular and iconic movies of all time. Now, the musical makes it way to Singapore from West End’s London Palladium.

If there’s one musical that can truly appeal to everyone across age groups in a family, this is it! There is just something for everyone in The Sound of Music– children will be enthralled by the lively children cast and happily breaking out into sing along tunes like ‘Do-RE-Mi’, ‘Sixteen going on Seventeen’, ‘My Favorite Things’ etc. Not only are every song so iconic that it transcends generations, language and culture (think Do-Re-Mi, My Favorite Things, etc.) but the universal themes it explores such as love, courage, compassion set within the dark days of Nazi-reigned Austria, while adults would empathize with the protagonists’ inner dilemmas of love, patriotism and loyalty, presents itself with so many layers of conversational topics for families, regardless of age, to talk about. There is indeed something for everyone to bring home from this musical.

As a family of musical lovers, if there’s one musical that defines what a musical should be, that would undoubtedly be The Sound of Music. Do watch it before it ends its run here on 3 Dec 2017 or you’ll have to climb every mountain to catch it on Singapore’s shores again.

THE SOUND OF MUSIC 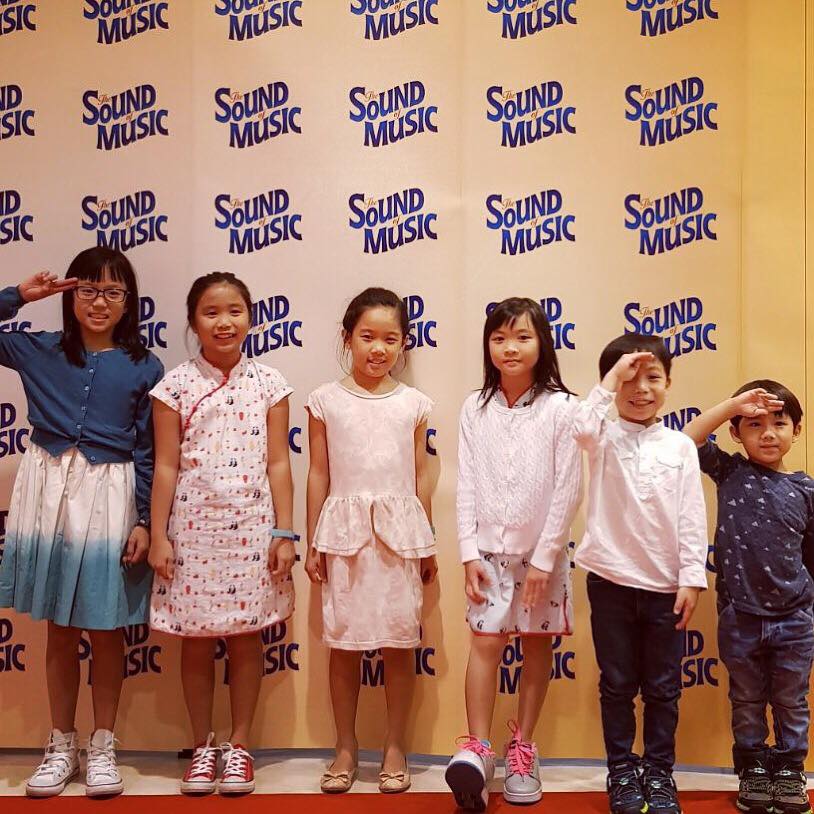 Through Internet: www.MarinaBaySands.com/ticketing or www.sistic.com.sg

Disclaimer: We were invited to the watch this musical for the purposes of this review. No monetary compensations were received. All opinions, as usual, are ours. All images credited to The Sound of Music, Base Entertainment Asia and Sliding Doors Entertainment.