It was a Saturday evening. In fact, it was already late at 9:40pm to be exact – way past the Open House’s stipulated closing time of 9 p.m. I had just finished a late dinner in Vivocity with my daughter Dana after a 2-hour tour of the RSS Tenacious when I saw scores of Navy officers still busy manning their booths and engaging the public. From the ‘Rope Works’ – where an officer was patiently teaching an elderly man the intricacies of tying a knot, to the ‘Photo Booth’ where Navy officers were still busy donning pint-sized uniforms onto young kids for a free photo. The longest queue even at that hour went to the ‘Weapons Booth’ where officers were still engaging the inquisitive public on the different hand-held weapons on display and letting the public (kids included) have a hands-on feel of these weapons. It looks like it would be way past 11pm before these officers could pack up and head on home. But yet, the eyes of these officers say it all – they were still so eager to share every bit of their lives as Officers of the Republic of Singapore Navy to the very public they are supposed to give their lives to protect. In that moment, as I was rushing to go home, I paused at the exhibit site and I was moved – simple acts like these tell a lot, because they were executed with the highest level of commitment.

Rewind few hours earlier, Dana and I were part of the Navy’s personalized tour led by LTC Eng, as he and his colleagues brought us through the interior of the RSS Tenacious. As the workings of the ship and its fire-power was explained to me, what really was struck me was the cramped living conditions these officers have to endure out at open sea, often for weeks or months on end. Indeed, inside this vehicle of war, priority is given to defense rather than luxury. 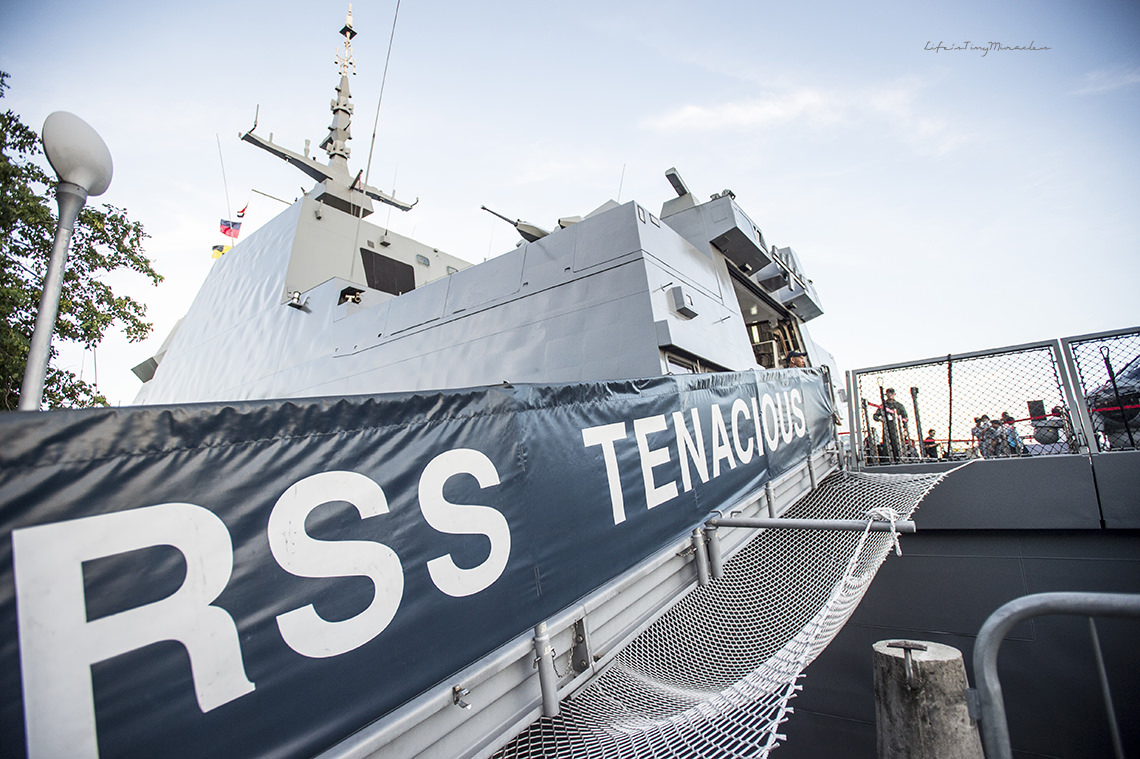 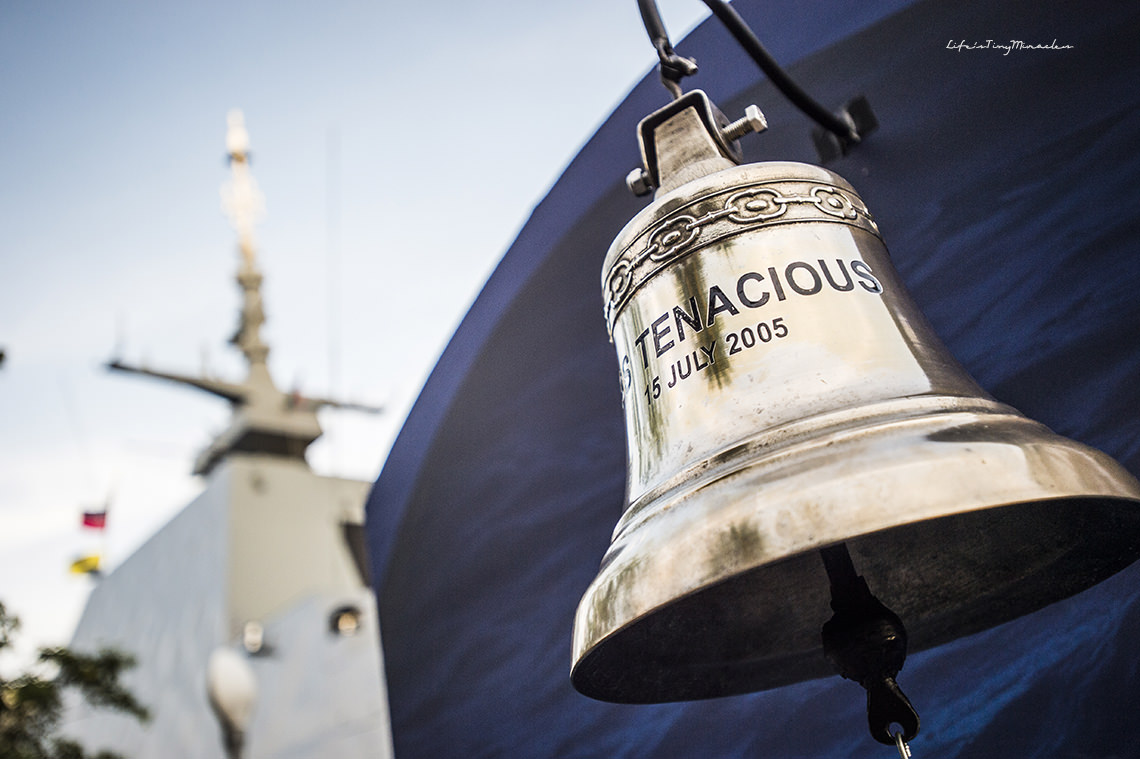 Among the luxuries that are sometimes relegated down the priority list would be the chance to communicate with their family members and loved ones. I know for a fact that some, if not all, of these sailors would not be permitted to disclose to their family members where they would be sailing to so as a result, communication with their families would be restricted for weeks on end. I cannot imagine not being able to hear my family’s voice for a day, let alone weeks. The unspoken sacrifices our officers of the Singapore Navy had to go through are commendable.

Despite these high level of commitment demanded of them, it was truly heart-warming to arrive in Vivocity on a weekend to see these Navy Officers engaging throngs of public, sharing their personal stories, answering the many queries and igniting the imagination of young children in the midst.  This year’s Navy@Vivo certainly did well in its ability to ignite their imagination. 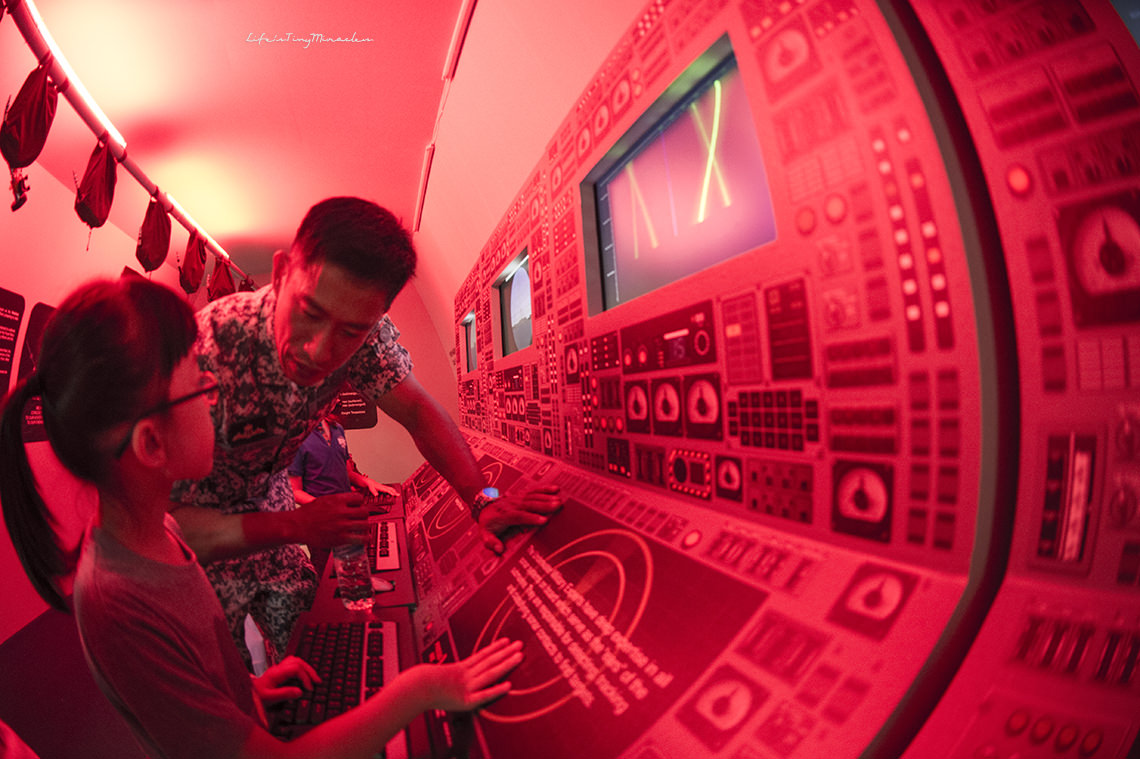 The theme this year is “Maritime Force for a Maritime Nation“. To complement that, the Navy berthed one of its most advanced stealth warship, the RSS Tenacious right next to Vivocity Promenade for the public to visit. This stealth frigate is so well-designed, it has a radar signature of a small ‘sampan’ (i.e. despite its size, this warship is detected by radar as only as big as a small fishing vessel). How’s that for stirring imagination!

Inside Vivocity, there were more activities to introduce the public to the daily lives working in the Singapore Navy. One of the highlights of the shore exhibit this year was the 3D Mockup of a section of the submarine that allows the public to experience what it feels like to live and work on board a submarine including the use of the periscope, the various sonar equipment and as well as having a feel of the tight living quarters of a submarine. There were actual submariners around to answer the endless stream of questions posed by visitors, including Dana and I. Visitors also experienced firing a naval ship’s gun at the Littoral Mission Vessel (LMV) simulator. Naval divers and members of the Accompanying Sea Security Team (A.S.S.T) were also roaming around the exhibit sites to offer photo opportunities to the public. Also providing photo opportunities for all were the various photo booths offering 3D ‘Trick-eye’ photos and family photos with children wearing miniature Navy uniforms. These were a huge draw especially since all photos were printed free on the spot and the soft-copies can be downloaded free of charge as well. It was very generous of the Navy to provide these wonderful photo opportunities for families to bring home as valuable mementos. 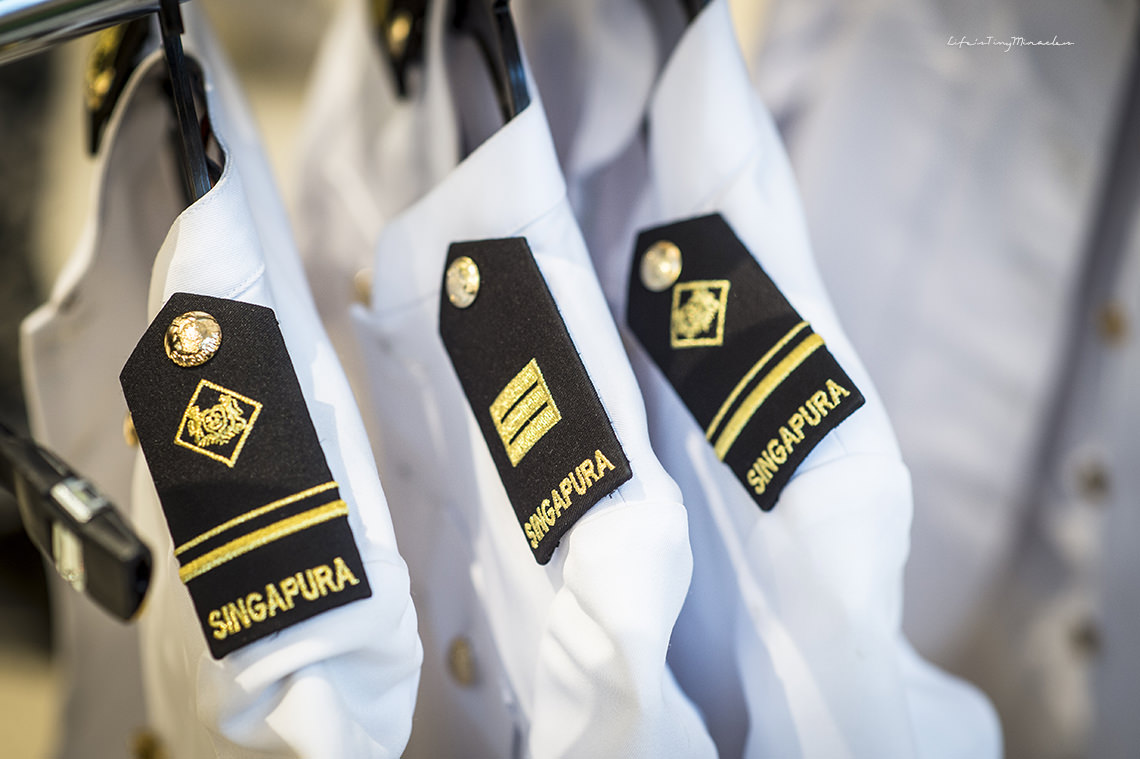 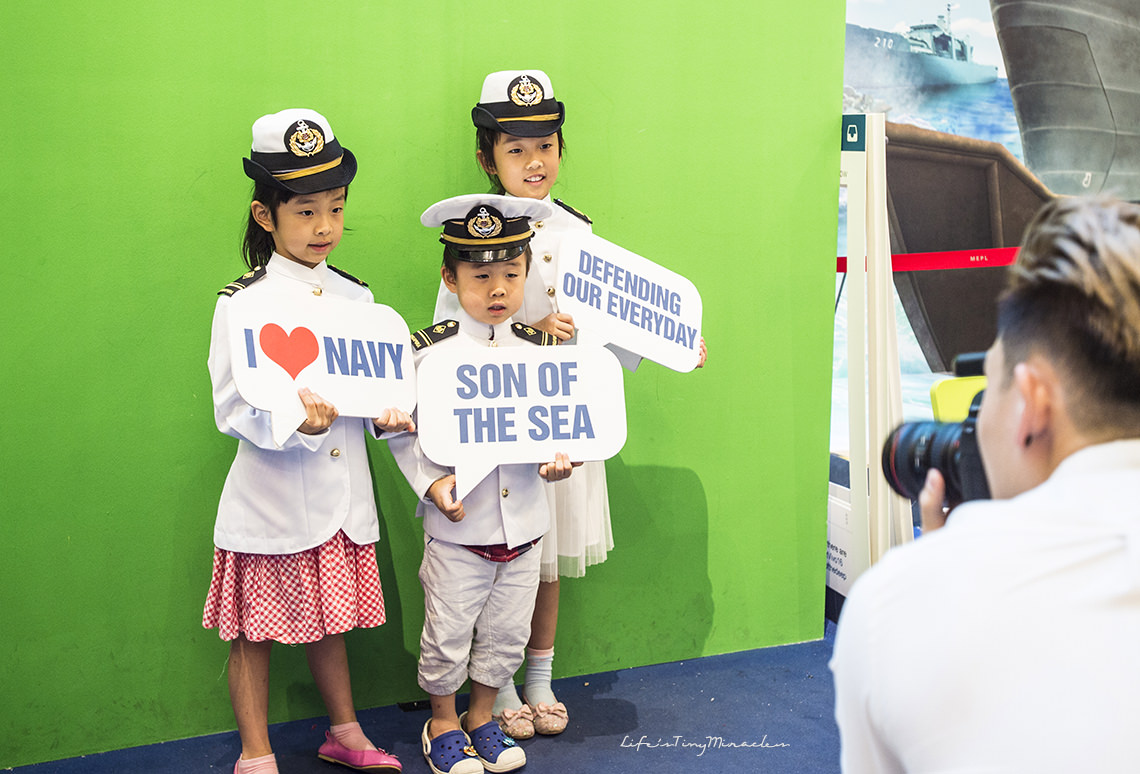 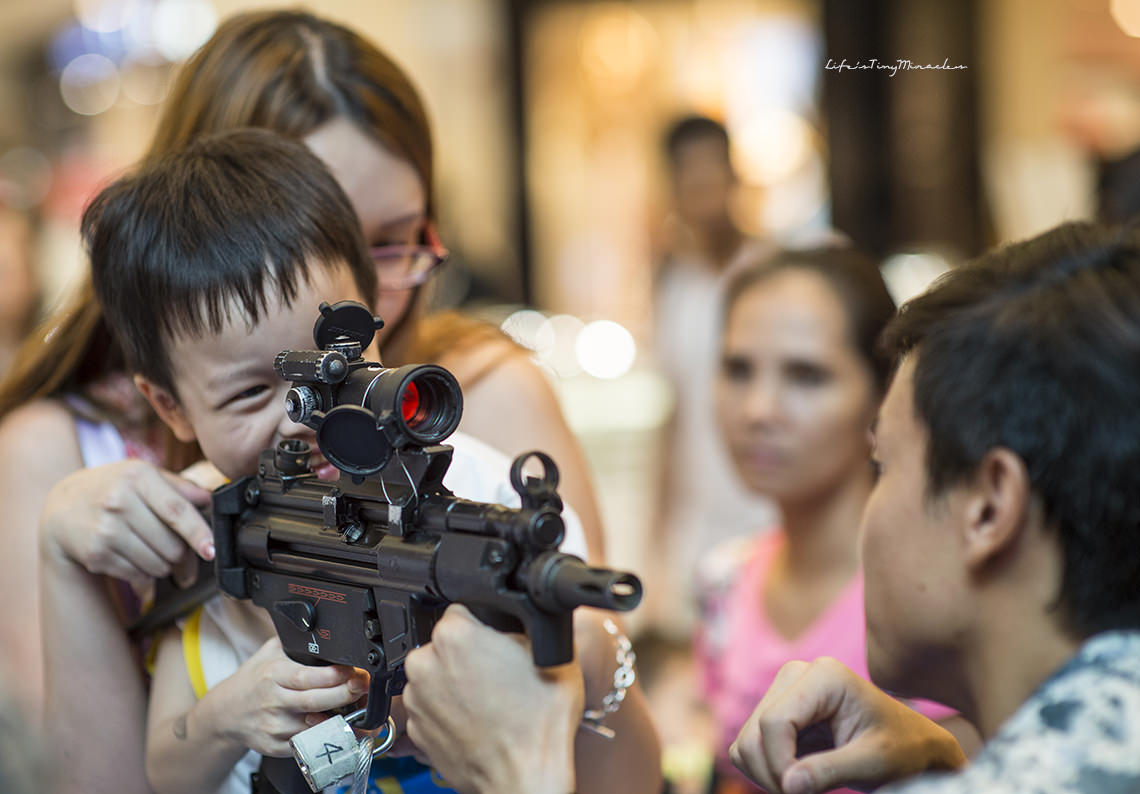 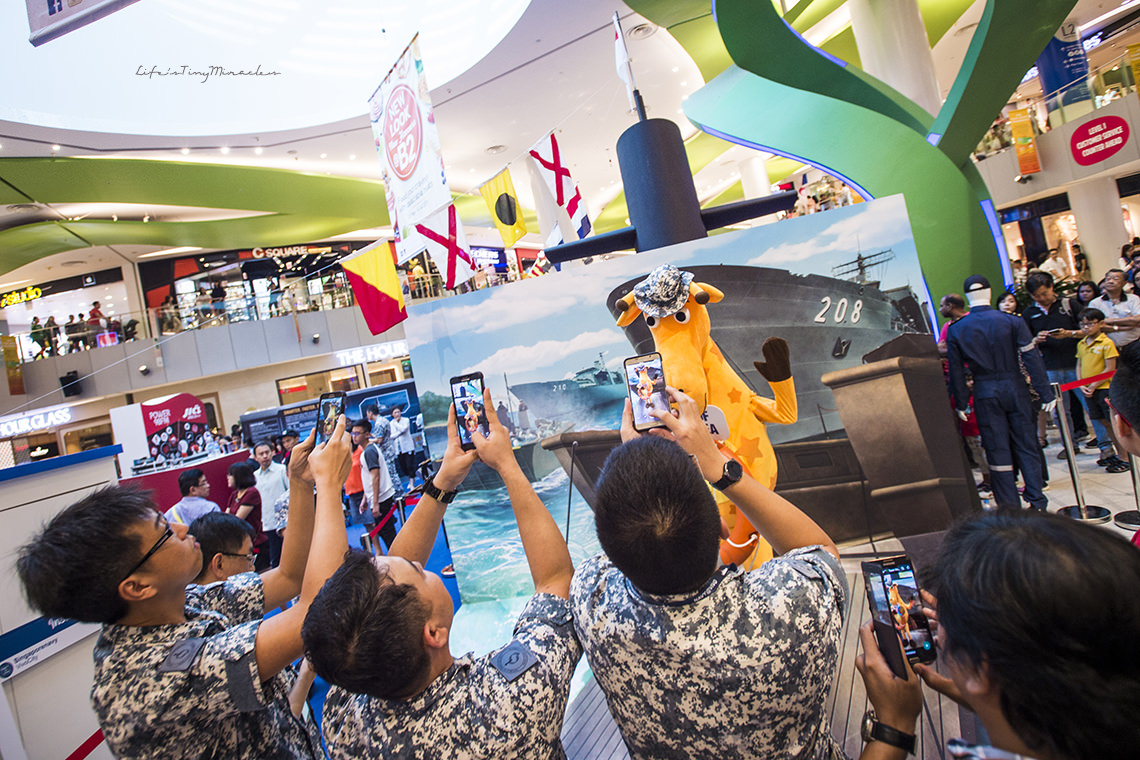 For me, going on board the RSS Tenacious would be one of the key highlights of the Navy@Vivo, to observe an RSN tradition, the Ceremonial Sunset, at sundown every evening. We were fortunate to be able to experience the simple yet significant ceremony for the ship crew to fly our flag high regardless of which corner of the globe they are sailing at. 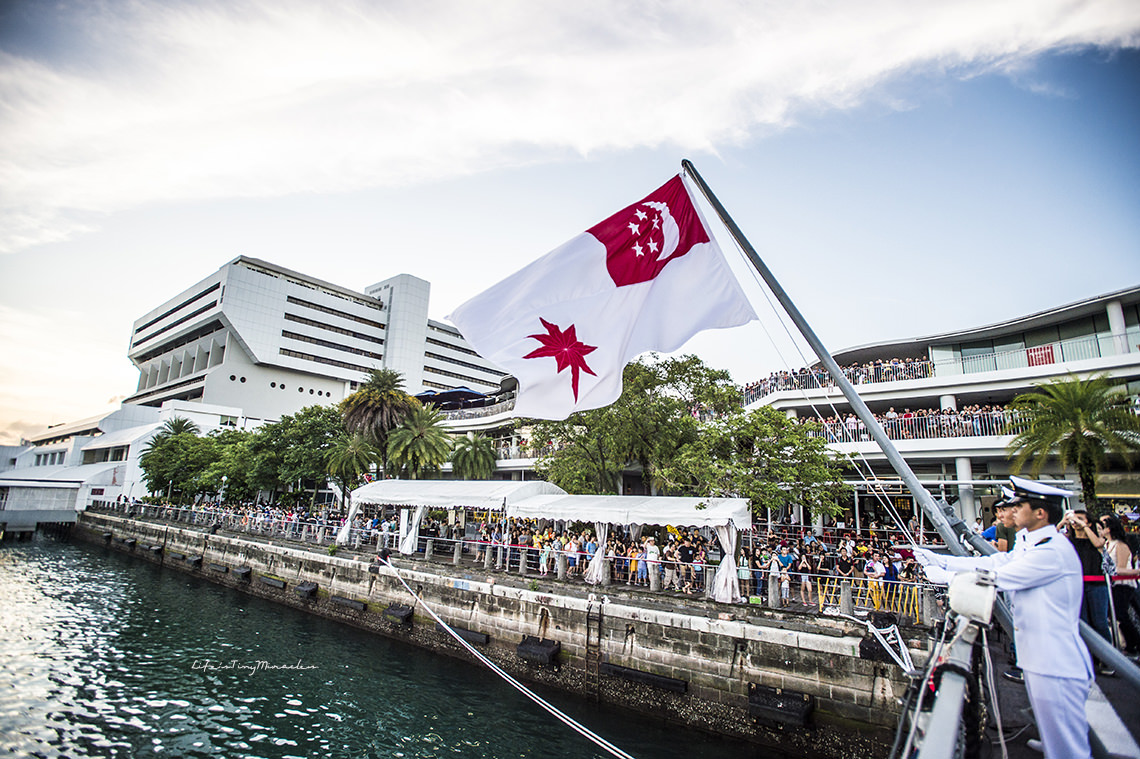 Singapore has always depended on its waterways for its trade and survival. Today, maritime security is even more important in view of the global terrorism threats. To that end, the Singapore Navy is committed to protect not only Singapore’s sovereignty and the livelihood of every Singaporean but also to maintain regional and global maritime peace for all.

The 2016 Navy@Vivo is more than an ordinary Open House. It is a sincere open invitation by the Republic of  Singapore Navy to share their heartbeat with the very people they are protecting. Judging by the countless smiles from families and overwhelming response from the public,  the Singapore Navy has once again, executed it, just like how they carry out their daily duties to the nation – with unsurpassed commitment, passion and excellence. Thank you @SingaporeNavy! 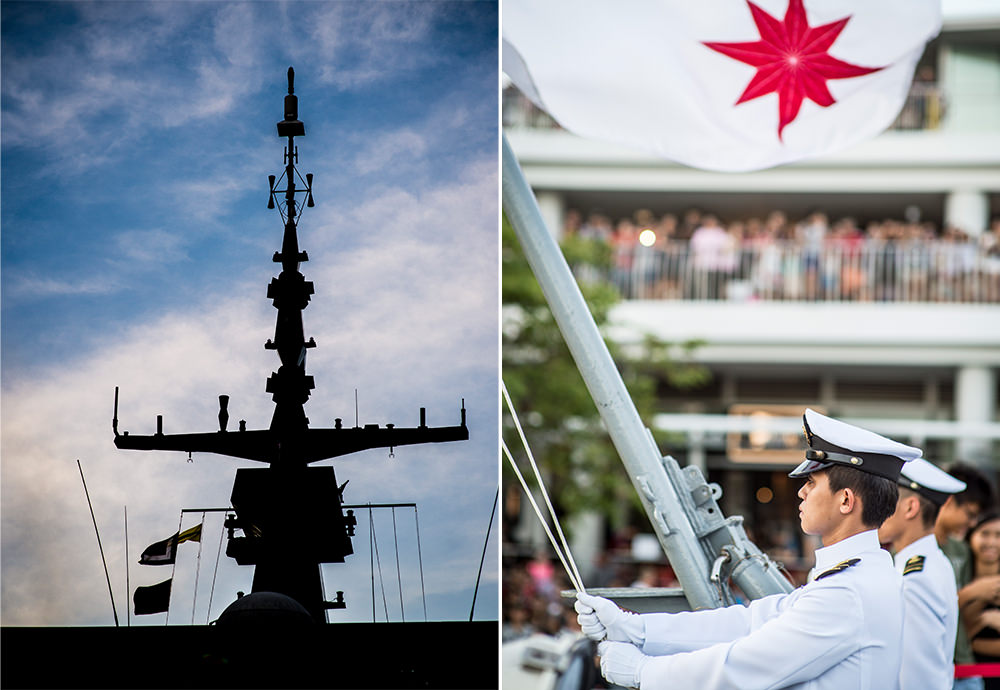 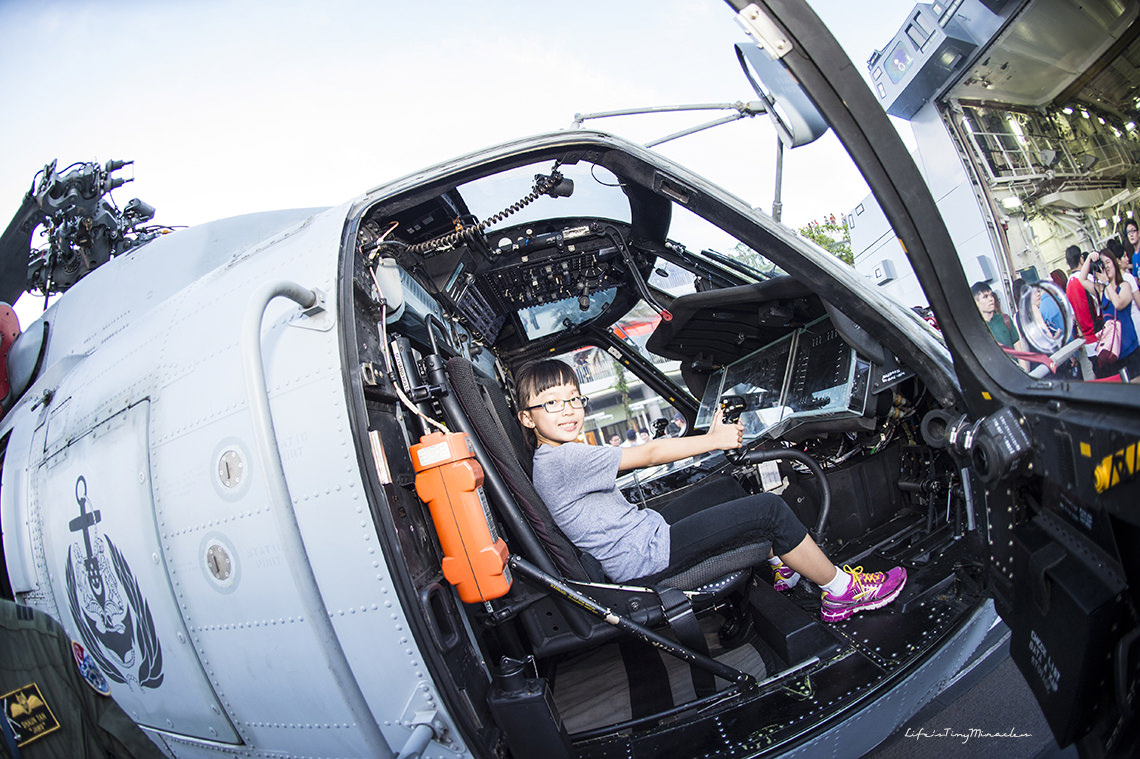